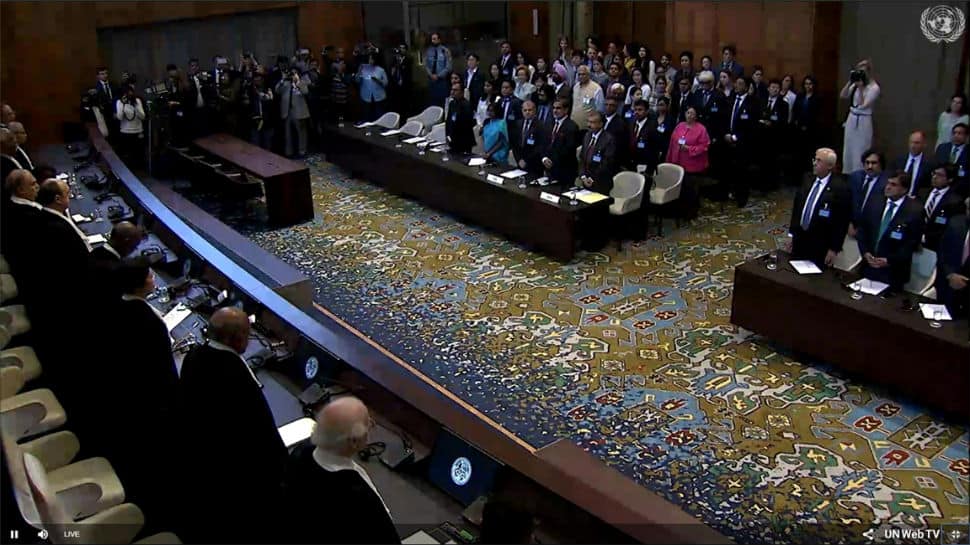 The International Court of Justice (ICJ) on Wednesday held Pakistan guilty of violating Vienna Convention in Kulbhushan Jadhav's case but the country's Prime Minister chose to take the admonishment as an applause. Taking to Twitter, Imran Khan on Thursday maintained the false charge that the Indian national was guilty of conspiring against his country.

Despite ICJ rejecting Pakistan's appeals against India moving the international court and despite ICJ telling Pakistan to stay Jadhav's death sentence, Imran continued to harp on the 'guilt' of Jadhav. "Appreciate ICJ’s decision not to acquit, release & return Commander Kulbhushan Jadhav to India. He is guilty of crimes against the people of Pakistan. Pakistan shall proceed further as per law," Imran tweeted early on Thursday, more than 12 hours after proceedings at The Hague and well after Prime Minister Narendra Modi had hailed the verdict for what it truly was - a massive diplomatic win for India.

Appreciate ICJ’s decision not to acquit, release & return Commander Kulbhushan Jadhav to India. He is guilty of crimes against the people of Pakistan. Pakistan shall proceed further as per law.

Pakistan has maintained the false narrative that Jadhav was carrying out espionage-related activities when he was apprehended. The country has been unable to provide any evidence to support these claims and even denied consular access to Jadhav. It was claimed by the country that Jadhav had 'confessed' even though India has maintained that confessions taken under duress hold no weight or water as per Vienna Convention.

As is the case in a country with a shoddy tryst with democracy, a military court in Pakistan eventually held Jadhav guilty and gave a death sentence to him. India took the matter to ICJ - among several other efforts on an international level - to corner Pakistan and ICJ has now asked for Jadhav to be given consular access.

Tutankhamun golden coffin under restoration for the first time