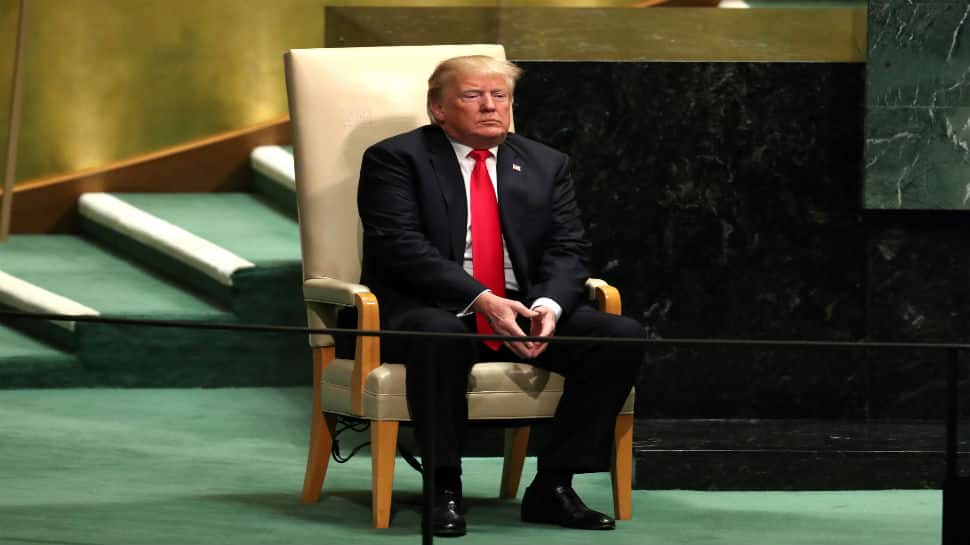 US President Donald Trump was recently - and apparently - laughed at at the United Nations. A day later, on Wednesday, he claimed those present laughed with him because they enjoy his company.

In what is being widely regarded as a major embarrassment for the United States, there were streaks of laughter at the United Nations when Trump began his speech in the UN General Assembly. "In less than two years, my administration has accomplished more than almost any administration in the history of our country," he bragged. And while Trump may have expected applause to follow, what did were sounds of laughter from members present.

Trump paused for a brief moment when he heard the laughter. "Didn't expect that reaction but that's ok," he said before continuing with his speech.

Even as a majority of Americans flayed Trump for making turning the post of US President to be laughed at by world leaders, Trump himself defended the entire incident by claiming that people were in fact laughing with him. "The fake news said people laughed at President Trump. They didn't laugh at me. People had a good time with me. We were doing it together. We had a good time, they respect what I have done," he was quoted as saying by US media outlets during a press conference in New York later.

Oh my gosh, you are now literally the laughing stock to the entire world

What kind of idiot chooses the UN forum as a place to brag about his (lack of) accomplishments? And then is surprised when those gathered there see through the lie and laugh?
Oh, that’s right, the useless, lying, orange kind!

This one really isn’t aging well for you, especially after today at the UN. Resign already.

For someone who has claimed that the world has been laughing at the US, the laughter inside the UN General Assembly - whether at Trump or with him - turns out to be rather ironic. And with mid-term elections coming up in the country, Trump - busy listing out his achievements - won't be taking things too lightly.