While both the leaders found the summit successful, netizens took to Twitter to troll Donald Trump and  Kim Jong-un, with few even suggesting to reward the former with Nobel 'Peace' Prize. 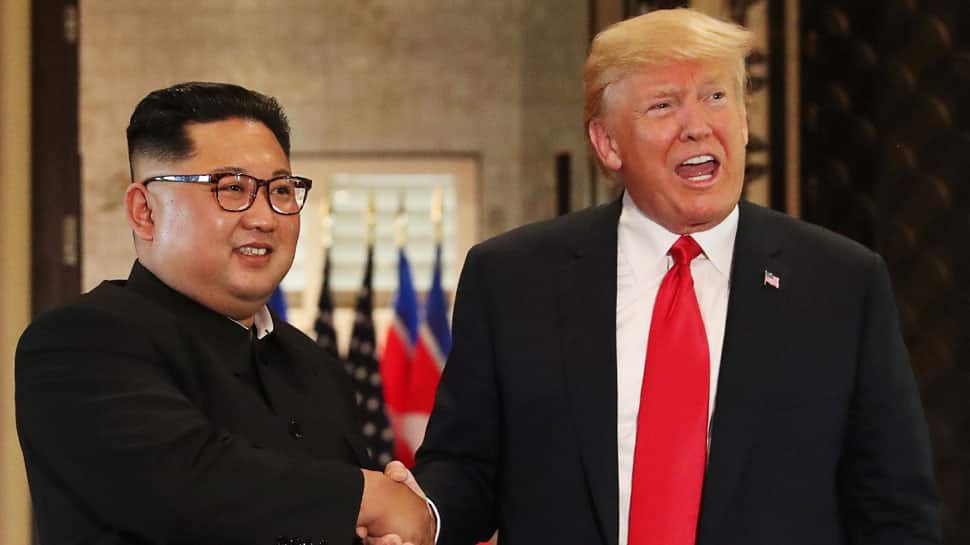 After months of missile threats and enmity exchanged through social media, US President Donald Trump and North Korean Leader Kim Jong-un signed a comprehensive document in a historic summit in Singapore on Tuesday.

Issuing a joint statement after the summit, Trump and Kim pledged to work towards complete denuclearisation of the Korean peninsula and assured to maintain peace between the two countries.

While both the leaders found the summit successful, netizens took to Twitter to troll Trump and  Kim, with few even suggesting to reward the former with Nobel 'Peace' Prize.

The denuclearization of North Korea does not just benefit America, it benefits the world.

History is being made. Where’s President Trump’s nobel peace prize?

The iTunes terms and conditions contain a more substantive clause about not using nuclear weapons than the document that Trump and Kim just signed. pic.twitter.com/I1iXDQT83O

Donald Trump and Kim Jong-Un are going to ruin the Nobel Peace Prize for everyone.

They say keep your friends close but your enemies closer.

Kim's reaction to Donald Trump's joke is the best thing you will see all day today. #TrumpKimSummit pic.twitter.com/oLjVYIUApk

Hillary Clinton spotted in Singapore just before the #TrumpKimSummit pic.twitter.com/m8YAtXFEuR

President  Donald Trump said he was open to the idea of inviting Kim Jong-un to the White House, he also said that this was the first of many meetings to come with his North Korean counterpart. Kim, on his part, said the past should be buried and that both countries should now look at the present and future, and ensure close collaboration.