North Korea and trade will likely top the agenda when U.S. President Donald Trump and Chinese President Xi Jinping sit down for formal talks on Thursday, a day after Trump warned Pyongyang of the grave danger of developing nuclear weapons. 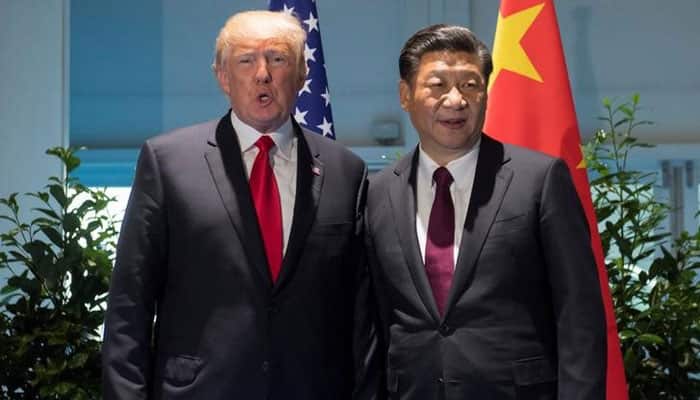 BEIJING: North Korea and trade will likely top the agenda when U.S. President Donald Trump and Chinese President Xi Jinping sit down for formal talks on Thursday, a day after Trump warned Pyongyang of the grave danger of developing nuclear weapons.

China has been keen to show the importance it puts on Trump`s visit, the first by a foreign leader since the end of a key Communist Party Congress last month where Xi cemented his power. Xi took Trump and his wife on a tour of the Forbidden City on Wednesday.

Trump has ratcheted up his criticism of China`s massive trade surplus with the United States - calling it "embarrassing" and "horrible" last week - and has accused Beijing of unfair trade practices, fuelling worries of increased tension between the world`s two largest trading countries.

For its part, China says U.S. restrictions on Chinese investments in the United States and on high-tech exports need to be addressed.

Roughly $250 billion in deals with U.S. companies are expected to be announced during the visit, people familiar with the matter said, with several corporate CEOs in Beijing as part of a delegation led by U.S. Commerce Secretary Wilbur Ross.

Some in the U.S. business community have expressed worry that contract wins could come at the expense of resolving long-standing complaints over market access restrictions in China.

"This shows that we have a strong, vibrant bilateral economic relationship, and yet we still need to focus on levelling the playing field because U.S. companies continue to be disadvantaged doing business in China," said William Zarit, chairman of the American Chamber of Commerce in China.

Trump railed against China`s trade practices during the 2016 U.S. presidential campaign and threatened to take action once in office. But he has since held back on any major trade penalties, making clear he was doing so to give Beijing time to make progress reining in North Korea.

China has repeatedly pushed back at suggestions it should be doing more to rein in North Korea, which does about 90 percent of its trade with China, saying it is fully enforcing U.N. sanctions and that everyone has a responsibility to lower tensions and get talks back on track.

Trump used some of his toughest language yet against North Korea in a wide-ranging address in Seoul on Wednesday that lodged specific accusations of chilling human rights abuses, although he offered no evidence to support the accusations.

He also called on countries around the world to isolate Pyongyang by denying it "any form of support, supply or acceptance".

There was no immediate public mention of North Korea from either Trump or Xi as they wrapped up their festivities at the Forbidden City, where Xi gave Trump the rare honour of a personal tour of the UNESCO World Heritage site.

"Looking forward to a full day of meetings with President Xi and our delegations tomorrow. THANK YOU for the beautiful welcome China! @FLOTUS Melania and I will never forget it!" Trump said on Twitter after the visit and dinner there.

Chinese state media praised the tone of the initial get-together on Thursday, part of what China has promised will be a "state visit plus" for Trump.

"Trump seems to be pragmatic on his Beijing policy, and has no interest in ideological diplomacy. He hasn`t used the issue of human rights to make trouble for China so far, and this means the Sino-US relationship can focus on substantive matters," influential tabloid the Global Times said in an editorial.