After seeing her deal to leave the European Union resoundingly defeated in parliament last week, May has opened talks with lawmakers from all parties to try to find a way to move forward with Brexit. 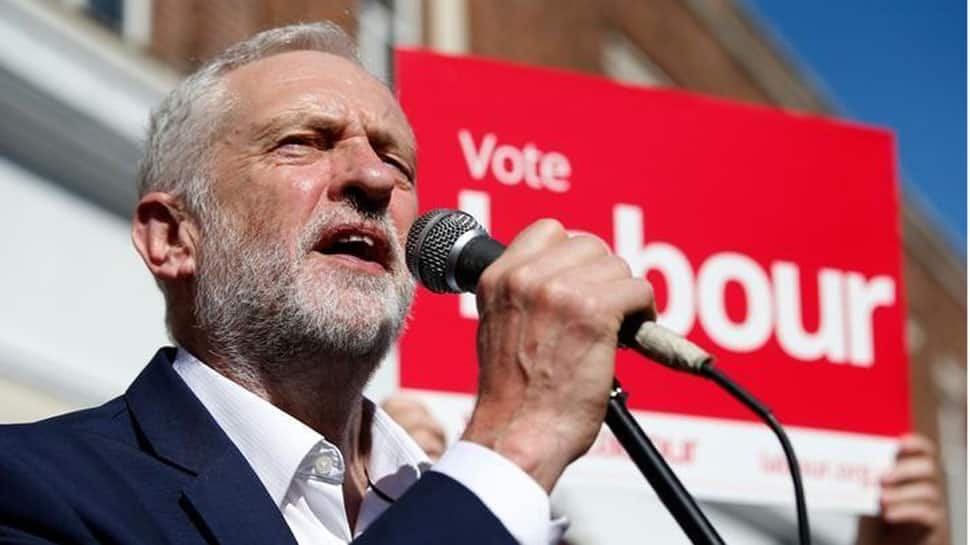 LONDON: Jeremy Corbyn, leader of Britain`s opposition Labour Party, will reiterate on Monday his willingness to talk to Prime Minister Theresa May on ways to break the deadlock over Brexit but not while the government wastes money on "no-deal brinkmanship".

After seeing her deal to leave the European Union resoundingly defeated in parliament last week, May has opened talks with lawmakers from all parties to try to find a way to move forward with Brexit.
She is due to return to parliament on Monday to outline her plans, but with just weeks before Britain is due to leave in March and little concrete yet to have come out of those talks, some lawmakers are trying to wrest more control over Brexit.

The future of Brexit, Britain`s biggest shift in foreign and trade policy since World War Two, has never been so uncertain. Corbyn has said he will enter into talks with May only if the prime minister rules out a so-called no-deal Brexit, a scenario in which Britain leaves without an agreement and one that some businesses say would be disastrous for the economy.

"We`re ready to talk to the government and others in parliament about a sensible alternative plan, but not while Theresa May is wasting 171,000 pounds ($220,000) an hour of taxpayers` money on dangerous and unnecessary no-deal brinkmanship," he said in a statement. "If the prime minister is serious about finding a solution that can command support in parliament and bring our country together, she must listen to the majority of MPs (lawmakers), as well as members of her own cabinet, and take `no deal` off the table."

Labour said some of its top team would visit businesses around the country on Monday to discuss the dangers of a "no deal" Brexit. On Sunday, trade minister Liam Fox said May`s plan was still the best basis for a divorce deal. He suggested it could win support from parliament with a few tweaks to the so-called Northern Irish backstop, an insurance policy to ensure no return to a hard border between the British province and Ireland.

Turkey is ready to take over Syria's Manbij: Erdogan