The notice came out after the former President was questioned under corruption charges by the Maldivian police. 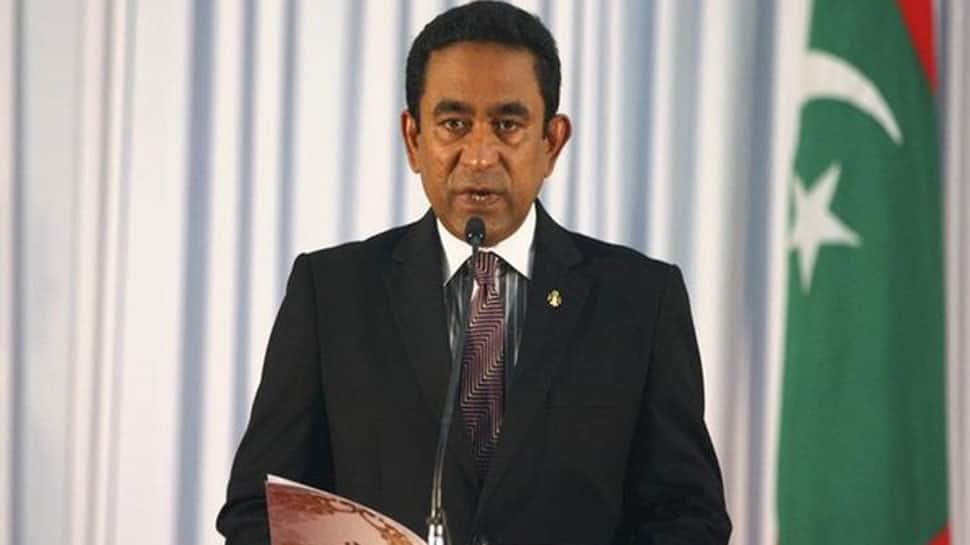 According to local media reports, the Maldivian police filed a case with the country’s Prosecutor General in which the former President was accused of giving false statements to the former. The Diplomat cited one of the reports stating that the police investigation against the former president began after “state investigative authorities filed a police report regarding Yameen’s illegal financial transactions when he was president, which includes leasing islands via Maldives Marketing and PR Corporation (MMPRC).”

“The money owed to the state from these transactions were allegedly transferred to Yameen’s account at the Maldives Islamic Bank, which was then laundered,” the report added. Last month, the newly-elected Maldivian government headed by President Ibrahim Solih, in a statement released by the Presidential Office, asked the citizens of the country to report on any corruption activities and illegal use of power carried out by members of the previous government under Yameen.

The notice came out after the former President was questioned under corruption charges by the Maldivian police. Earlier in January, the Maldivian Presidential Office informed that the disclosure of the financial assets of all political appointees along with their family members was a part of the 100-day agenda of the newly formed government in the Maldives.

Ibrahim Hood, Spokesperson for President Ibrahim Solih and Chief Communications Strategist at the Presidential Office had also stated that the disclosure of the financial statements would be concluded before the end of March this year.

The Constitution of Maldives requires all the government officials including the President, Ministers, and lawmakers, to annually submit the details of their income and assets to the Auditor General, which was not provided by the earlier governments in power.