It was the first time the far right has held a protest at Auschwitz at the annual event, which is also International Holocaust Victims Remembrance Day. 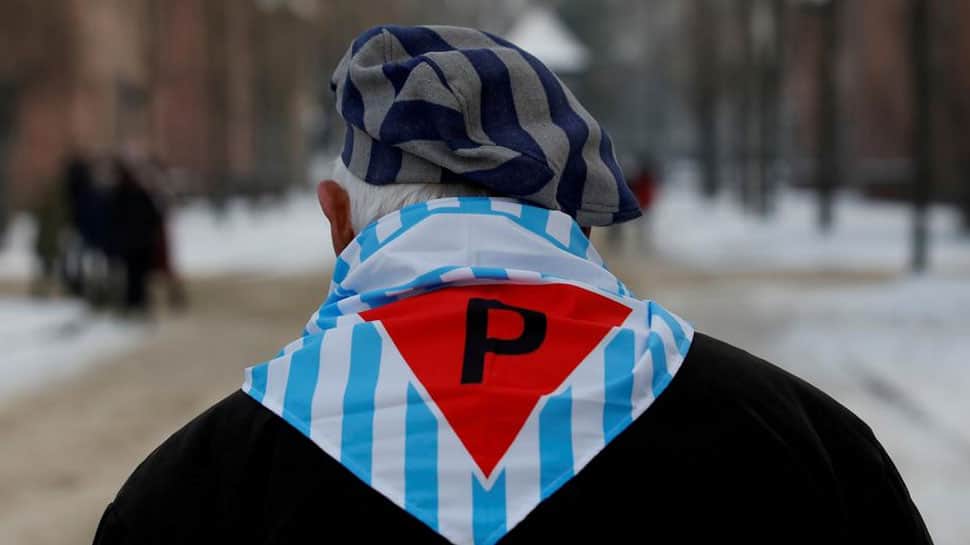 POLAND: Dozens of Polish far right nationalists gathered at the Auschwitz concentration camp in Poland on Sunday to protest at the same time as officials and survivors marked the 74th anniversary of the camp`s liberation in an annual ceremony.

The two parties gathered in different parts of the camp, now an open-air museum, and did not encounter each other. It was the first time the far right has held a protest at Auschwitz at the annual event, which is also International Holocaust Victims Remembrance Day.

At the official ceremony on Sunday, Polish Prime Minister Mateusz Morawiecki and other government officials were joined in prayer by some of the last remaining survivors of the death camp. In another location at the site, far right protesters wrapped in Polish flags, some stamped with the words "Polish Holocaust", laid flowers and sang the Polish national anthem.

"The Jewish nation and Israel is doing everything to change the history of the Polish nation," said Piotr Rybak of the Polish Independence Movement, who led Sunday`s protest. "Polish patriots cannot allow this."

Asked by an opposition politician on Twitter how long it would take the government to react to such situations, Interior Minister Joachim Brudzinski wrote: "React to what? To the fact that someone is not in their right mind and blames all the evil in this world and his frustrations on a particular nation?"

"If you are trying to blame this government for anti-Semitism in the heads of seriously crazy (I believe) fools, it is indecent and unwise," he added. The protest comes at a time of surging anti-Semitism in parts of Europe and as critics accuse the PiS of trying to build a nationalist sense of grievance among Poles by seeking to minimise Polish complicity in the Holocaust.

During decades of communist rule, Poles were taught to believe that, with a few exceptions, the nation had conducted itself honourably during a war that killed a fifth of the population.

Many still refuse to accept research showing thousands participated in the Holocaust -- in addition to the thousands that had risked their lives to help the Jews -- and feel the West has failed to recognise Poland`s own wartime suffering.

More than 3 million of Poland`s 3.2 million Jews were murdered by the Nazis, accounting for about half of the Jews killed in the Holocaust. Jews from across Europe were sent to be killed at death camps built and operated by the Germans on Polish soil, including Auschwitz, Treblinka, Belzec and Sobibor.

According to the US Holocaust Memorial Museum, the Nazis also killed at least 1.9 million non-Jewish Polish civilians. Diplomatic relations between Poland and Israel were strained last year after the PiS government sought to impose jail terms for suggesting the nation was complicit in the Holocaust.