Prem was seen by political observers as having unparalleled influence with Thailand`s powerful royalist military which has staged 13 coups since the end of absolute monarchy in 1932. 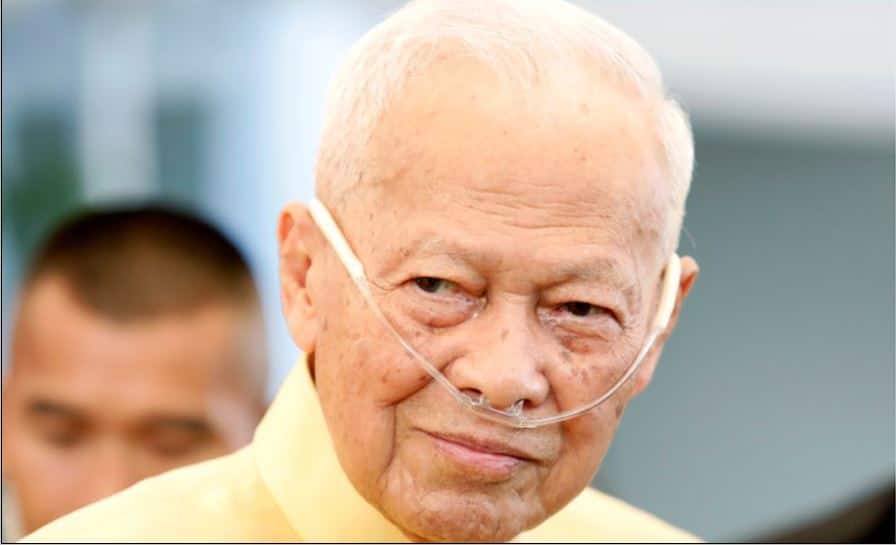 BANGKOK: Former Thai prime minister and influential royal adviser General Prem Tinsulanonda died on Sunday morning at age 98 in a Bangkok hospital, a palace official told Reuters. As chairman of the prestigious Privy Council of royal advisers, Prem played an important role in organising the ornate coronation of the King Maha Vajiralongkorn earlier this month, and also served briefly as the country’s regent shortly after King Bhumibol, the current monarch’s father, died in 2016 after a 70-year reign.

The cause of Prem`s death was not yet made public. Prem was seen by political observers as having unparalleled influence with Thailand`s powerful royalist military which has staged 13 coups since the end of absolute monarchy in 1932. His death comes as Thailand prepares to form a new government after the first elections since a 2014 coup, with a pro-military political party favoured to keep current junta leader Prayuth Chan-ocha on as prime minister over the objections of opposition parties.

Prem was Thailand`s 16th prime minister, serving three terms from 1980 to 1988. He was also a former army chief. Many Thais remember him as the prime minister who served as the bridge between decades of military rule and a period of democratization that came afterward.

In his later years on the Privy Council, Prem made public statements in favour of coup leader Prayuth, who seized power in 2014 from an elected government loyal to exiled former prime minister Thaksin Shinawatra, who was himself deposed in 2006.

"I can say with full confidence that the government of the prime minister (Prayuth) is not corrupt, because they truly work for the people in general," Prem was quoted by the Bangkok Post as saying in April when Prayuth visited him during the Thai New Year celebrations.