A former foreign policy adviser to President Donald Trump's campaign has acknowledged in testimony to Congress that he had contact with a high-level Russian official while on a trip to Russia last year, according to a transcript. 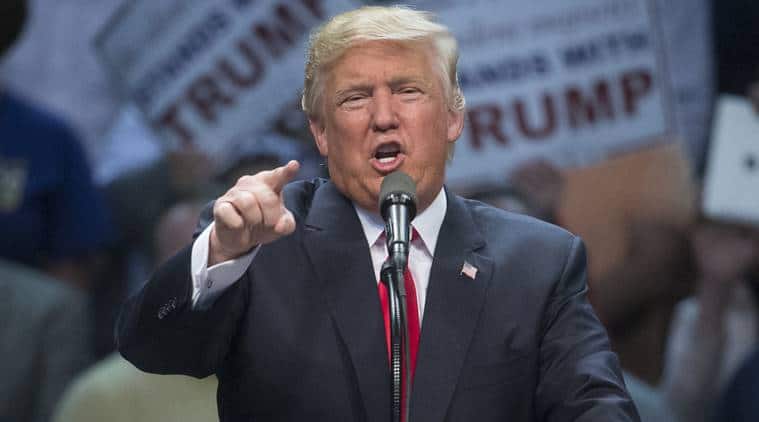 WASHINGTON: A former foreign policy adviser to President Donald Trump's campaign has acknowledged in testimony to Congress that he had contact with a high-level Russian official while on a trip to Russia last year, according to a transcript.

Carter Page, an unpaid adviser who left the campaign before Trump was elected, told the House intelligence committee last week that he "briefly said hello to" Russian Deputy Prime Minister Arkady Dvorkovich when he traveled to Russia for a speech.

Under repeated questions about the contact, which he had at times denied in the past, Page said that he had spoken to Dvorkovich after his July 2016 speech at Moscow's New Economic School.

"It was a very brief interaction. It was some nice pleasantries. I cannot recall the precise words I said, but it was sort of best wishes, and, you know, that's about it," Page said in response to several questions about the contact.

The testimony was part of the committee's probe into Russian interference in the 2016 election and whether it is linked to Trump's campaign.

Page's trip raised questions just as the FBI began its counterintelligence investigation into the Russian meddling in the summer of 2016, and he has offered contradictory accounts about whom he met there, at one point telling The Associated Press that he hadn't met with Dvorkovich. But his testimony on Thursday was under oath.
Page was interviewed in March for several hours as part of the FBI probe, before special counsel Robert Mueller was appointed to take it over. Page wouldn't answer questions about his contact with Mueller.
The House panel released the transcript yesterday from the closed-door interview with Page last week. Page was subpoenaed by the committee in early October. Parts of the transcript are redacted, even though lawmakers started the discussion by saying it would be unclassified.
Page told the panel he had informed some members of the Trump campaign about the Russia trip, including then-Sen. Jeff Sessions. He said he mentioned in passing to Sessions, who is now attorney general, that he was preparing to visit Russia and Sessions "had no reaction whatsoever."
The testimony could raise more questions about the extent of Sessions' knowledge about interactions between Trump campaign aides and Russians.
Sessions recused himself from overseeing an investigation into the Trump campaign in March after acknowledging two previously undisclosed conversations with former Russian ambassador Sergey Kislyak during the campaign.
Since then, Sessions has downplayed his own knowledge about communications between campaign aides and Russian officials and intermediaries.
Page has insisted and continued to insist in the interview that the trip was personal and not campaign related.
However, the committee produced an email during the interview in which Page wrote to campaign officials and asked them to let him know "if you have any reservations or thoughts on how you'd prefer me to focus these remarks," apparently referring to the speech he was giving in Moscow.
He also suggested that Trump take his place at the speech , a suggestion that appeared to go nowhere.
In a statement prepared for the committee, Page insisted that he had no personal information that the Russian government or anyone affiliated with it played any role in the 2016 presidential campaign. He said he was not approached by anyone during the trip who led him to believe they were planning to interfere in the election.
Under questioning at the hearing, Page depicted himself as an unpaid member of a campaign foreign policy team that met infrequently and provided him with no direct access to Trump. "I have never met him in my life," Page said of Trump. "I've been in a lot of meetings with him, and I've learned a lot from him, but never actually met him face to face."
Page said he had no direct relationship with the Russian government, though he conceded that he may have spoken with different Russian government officials over the years.