Biden, 76, a longtime US senator who served two terms as then-President Barack Obama`s No. 2, announced his bid in a video describing the high stakes of the race to take on Republican President Donald Trump in next year`s election. 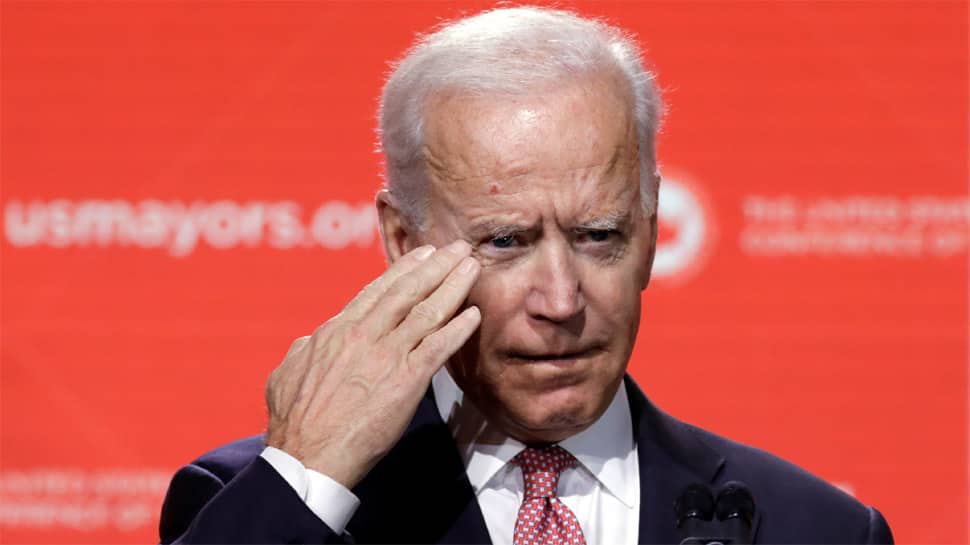 WASHINGTON: Former US Vice President Joe Biden entered the 2020 Democratic presidential field on Thursday as an instant front-runner, drawing momentum away from other leading candidates and putting new pressure on underperformers to find ways to stay relevant.

Biden, 76, a longtime US senator who served two terms as then-President Barack Obama`s No. 2, announced his bid in a video describing the high stakes of the race to take on Republican President Donald Trump in next year`s election.

"We are in the battle for the soul of this nation," Biden said. "I believe history will look back on four years of this president and all he embraces as an aberrant moment in time. But if we give Donald Trump eight years in the White House, he will forever and fundamentally alter the character of this nation, who we are, and I cannot stand by and let that happen."

Trump responded in a post on Twitter, saying "welcome to the race Sleepy Joe" and slamming Biden`s intelligence.

Biden joins US Senator Bernie Sanders of Vermont, a self-described "democratic socialist," atop the 20-candidate field. With Biden positioned to be Sanders` chief rival, the resulting clash could lay bare the conflict in the Democratic Party between its moderate and progressive wings.

Although Biden has yet to lay out policy proposals as a candidate, he backs many causes valued by progressives, including raising the minimum wage, combating climate change, banning assault weapons and free public college. He has not come out in favour of a Medicare for All plan advocated by Sanders and others.

Kyle Kondik, a political analyst at the University of Virginia, says it remains unclear whether Biden can build on his loyal base of support. If that happens, it could come at Sanders` expense.

Given his long-standing support from African-Americans and his partnership with Obama, Biden could also affect the candidacy of US Senator Kamala Harris of California, who is widely regarded as a serious contender for the nomination.

Biden`s entry also threatens to derail the rise of Pete Buttigieg, the mayor of South Bend, Indiana, who has benefited from a surge of media coverage in recent weeks. And it further presses candidates such as former housing Secretary Julian Castro of Texas, US Senator Kirsten Gillibrand of New York and former Colorado Governor John Hickenlooper, who have failed so far to register with voters, to come up with ways to stay in the game.

"In many ways, this settles the race down rather than shaking it up," said Jeff Link, a Democratic strategist in Iowa who worked for Obama`s presidential campaign in 2008.

But Biden faces his own challenges, including questions about whether he is too old and too centrist for a party yearning for fresh faces and increasingly propelled by its more vocal liberal wing.
Biden failed to gain traction with voters during previous presidential bid in 1988 and 2008. As speculation about his third effort mounted, Biden came under fire for his propensity for touching and kissing strangers at political events, with several women coming forward to say he had made them feel uncomfortable.

Biden struggled in his response to the concerns, at times joking about his behaviour. But ultimately he apologized and said he recognised standards for personal conduct had evolved in the wake of the #MeToo movement.

"Joe Biden is going to regret this decision," said Matt Gorman, a former official at the National Republican Congressional Committee, an arm of the Republican Party. "His candidacy will not only rehash his very long record in public life, but allow his opponents to subtly argue he is too old and too moderate to be the Democratic standard-bearer."

Obama said in a statement that he has long said selecting Biden to be his running mate in 2008 was one of the best decisions he ever made.

Biden on Thursday told reporters in Wilmington, Delaware, that he has asked Obama to not endorse him. “Whoever wins this nomination should win it on their own merits,” Biden said.

On Thursday, Biden held up the example of the 2017 attack at a white nationalist rally in Charlottesville, Virginia, that killed a counterprotester as a defining moment for the nation.

"It was there ... we saw (Ku Klux) Klansmen and white supremacists and neo-Nazis come out in the open ... baring the fangs of racism," Biden said, criticizing Trump`s remarks at the time that there were "very fine people on both sides."

There was no moral equivalence between racists and those fighting such inequality, he said.

"In that moment, I knew the threat to this nation was unlike any I had ever seen in my lifetime," Biden said.

Biden will travel across the country in the coming weeks, kicking off his tour with a visit on Monday to Pittsburgh.

Pennsylvania, not far from Biden`s home state of Delaware, is a key battleground state and former industrial hub that backed Trump in 2016. The Republican president is seeking to capture the state again even as Democrats saw wins there in the 2018 congressional elections.

Biden`s long history in the Senate, where he was a leading voice on foreign policy, will give liberal activists plenty to criticise. He is the only candidate in the field who voted in support of the Iraq War in 2002.

The New York Times reported on Thursday that Biden phoned Hill earlier this month to express regret about what she "endured" testifying against Thomas. Hill told the Times that the call left her unsatisfied and that she could not support his presidential bid.

He also has been censured over his ties to the financial industry and for his authorship of a 1994 crime act that led to increased incarceration rates.

The Progressive Change Campaign Committee, which backs US Senator Elizabeth Warren of Massachusetts, said Biden`s centrist record could be a hindrance.

"If Joe Biden positions himself as the political insider from yesteryear who says big ideas like universal childcare, student debt relief and a wealth tax on ultra-millionaires are not possible, he would be an easy foil," said Adam Green, the group`s co-founder.