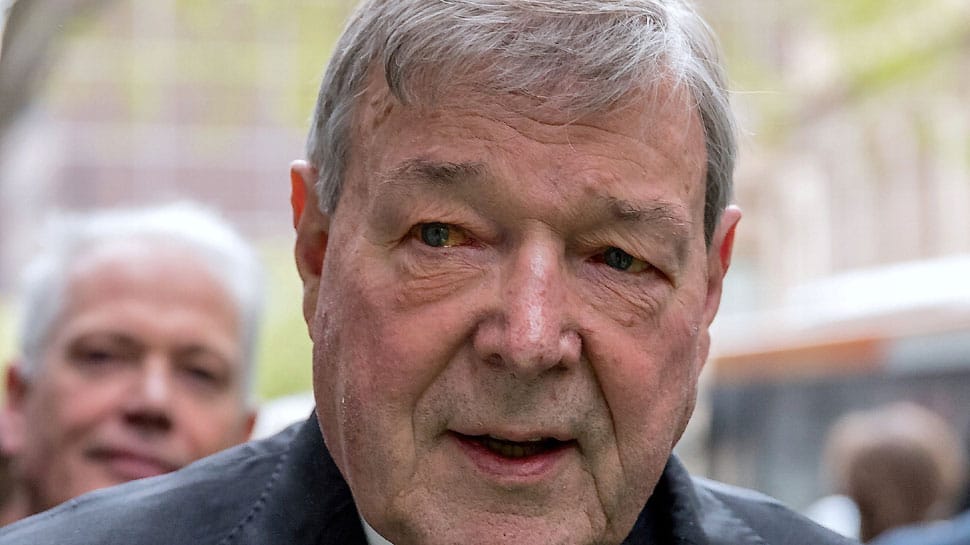 MELBOURNE: Former Vatican Treasurer Cardinal George Pell faces jail on Wednesday when an Australian court is set to sentence him for sexually abusing two choir boys in Melbourne in the 1990s.

Pell is the most senior Catholic worldwide to be convicted for child sex offences and his sentencing is to be broadcast live on television, reflecting the high level of interest in the case.

The broadcast will only show the judge, and not the courtroom, which is expected to be packed with advocates of abuse victims, Pell`s supporters and the media.

Pell, 77, was found guilty on four charges of indecent acts and one of sexual penetration. He faces a maximum of 10 years in jail for each charge.

The offences against two 13-year-old boys took place after Sunday mass in late 1996 and early 1997 in a room and a corridor at St Patrick`s Cathedral, in Melbourne, where Pell was archbishop.

The top Catholic was convicted in December, but the verdict was suppressed from being made public by a court order until Feb. 26, when further child sex offence charges against Pell dating back to the 1970s were dropped.

Pell maintained his innocence throughout and has filed an appeal, which is set to be heard in June.

He has been held in a maximum security prison since Feb. 27, when his bail was revoked.

Pell`s lawyer, Robert Richter, has argued for a light sentence, based on Pell`s age, heart problems, no prior history of offending, no physical injuries to the victims and the fact the duration of the offences was short.

Richter sparked a furore when, in seeking a light sentence, he called the offence "a plain vanilla sexual penetration case". He later apologised.

However, the court`s chief judge, Peter Kidd, responded by saying he was not convinced by those arguments, saying Pell had engaged in "callous, brazen offending" against two boys in a room with an open door, causing trauma and distress.

"It was imbued with arrogance, aggression and impunity," Kidd told the court.

The court said Kidd`s sentencing would be aired live by the Australian Broadcasting Corp at 10 a.m. (2300 GMT) on Wednesday.

US will not suspend Boeing 737 MAX planes after Ethiopia crash