China said it regretted Iran`s move but urged all parties to exercise restraint and said the U.S. policy of increasing pressure on Iran was the "root cause of the current tensions". 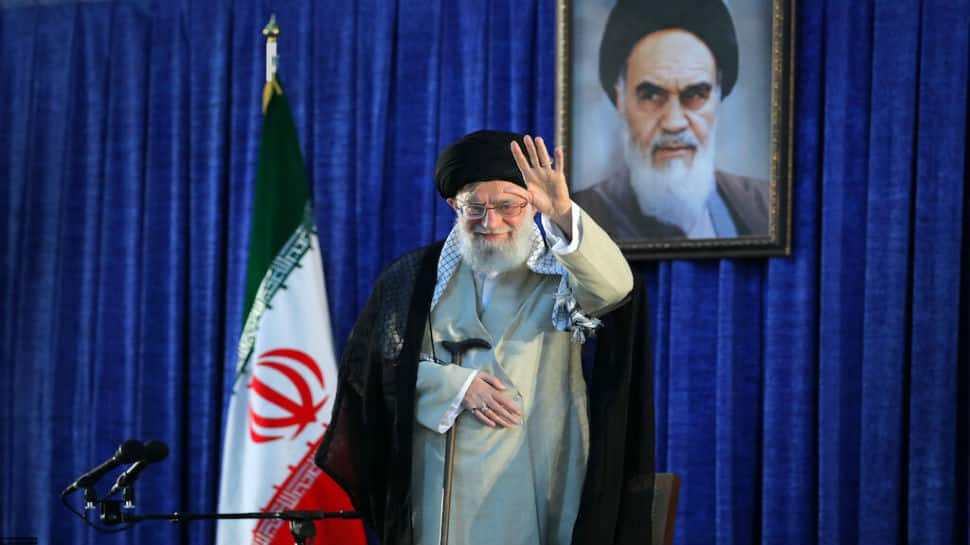 PARIS/DUBAI: France on Tuesday urged Iran to rapidly reverse its first major breach of a nuclear pact, a move denounced by President Donald Trump as "playing with fire", as world powers try to pull Washington and Tehran back from confrontation.

China, like France a signatory to the 2015 deal, said it regretted Iran`s move but urged all parties to exercise restraint and said the U.S. policy of increasing pressure on Iran was the "root cause of the current tensions".

Iran`s announcement on Monday that it had amassed more low-enriched uranium than permitted under the deal was confirmed by U.N. nuclear watchdog, the International Atomic Energy Agency (IAEA), which monitors Iran`s nuclear programme under the deal.

Iranian Foreign Minister Mohammad Javad Zarif said the move was not a violation of the accord, arguing that Iran was exercising its right to respond to the U.S. walkout last year.

But the gambit may have far-reaching diplomatic consequences and comes less than two weeks after Trump said he ordered air strikes on Iran, only to cancel them minutes before impact.

The nuclear deal lifted most international sanctions against Iran in return for curbs on its nuclear work. It aimed to extend the time Tehran would need to produce a nuclear bomb, if it chose to, from roughly 2-3 months to a year.

Iran`s main demand - in talks with the European parties to the deal and as a precondition to any talks with the United States - is to be allowed to sell its oil at the levels of April 2018, before Washington pulled out of the deal and imposed punishing economic sanctions.

Iran says it will breach the deal`s nuclear curbs one by one until it is able to sell that amount of oil, saying this is the least it should be able to expect from an accord that offered economic gains in exchange for nuclear restrictions.

European powers, which remain party to the accord and have tried to keep it in place, have urged Iran not to take further steps that would violate it. But they have held off on declaring the agreement void or announcing sanctions of their own.

In a statement, French President Emmanuel Macron expressed "his attachment to the full respect of the 2015 nuclear accord and asks Iran to reverse without delay this excess, as well as to avoid all extra measures that would put into question its nuclear commitments."

The statement added that Macron would take steps in the coming days to ensure Iran met its obligations and continued to benefit from the economic advantages of the deal.

"We have NOT violated the #JCPOA," Zarif wrote on Twitter, referring to the deal by the abbreviation of its formal title, the Joint Comprehensive Plan of Action.

He referred to a paragraph of the accord which contains the mechanism for countries to resolve disputes over compliance. Trump, asked if he had a message for Iran, said, "No message to Iran. They know what they`re doing. They know what they`re playing with, and I think they`re playing with fire. So, no message to Iran whatsoever."

Iran`s parliament speaker Ali Larijani accused Trump of bullying Tehran with his remark, arguing that such language would only made Iran stronger.
Foreign minister Zarif reacted with exasperation to a White House accusation that Tehran had long violated the terms of the deal.

"Seriously?" he said in a one-word message on Twitter, after White House press secretary Stephanie Grisham said in a statement that "there is little doubt that even before the deal’s existence, Iran was violating its terms."

The White House charge that Iran probably was in violation of the nuclear deal before and after it was reached in 2015 sharply contrasts with CIA Director Gina Haspel’s testimony in January to the Senate Intelligence Committee that "at the moment, technically, they are in compliance."

Daryl Kimball, the executive director of the Arms Control Association, said the White House charge was illogical. He said that at the time the nuclear deal was concluded, Tehran and the IAEA agreed on a roadmap through which Iran was addressing the nuclear watchdog’s unanswered questions about the nuclear weapons research program that the IAEA and the U.S. intelligence community assessed ended in 2003. "The process is still underway," he said.