The doodle focuses on the celebrations that developed to remember the riots in the years following till 2019. 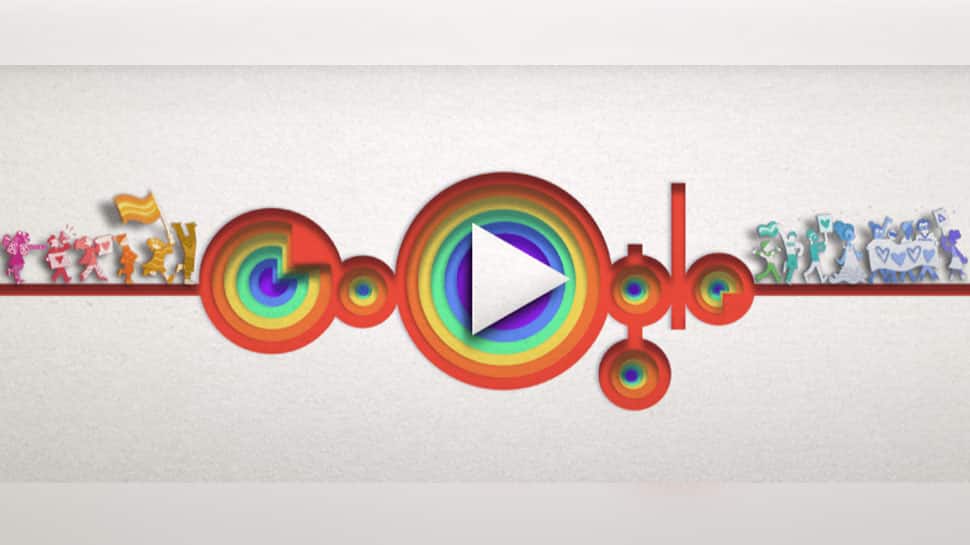 The Google Doodle on Tuesday celebrated 50 years of LGBTQ pride with an interactive video, taking its audience on a five-decade-long journey of pride history and parades. This year marks the 50th anniversary of the Stonewall Riots that happened in New York City and has been, many a time, described as the dawn of the LGBTQ rights movement. The doodle focuses on the celebrations that developed to remember the riots in the years following till 2019.

The movement dates back to 1969 when people from the LGBTQ community clashed following a police raid on the Stonewall Inn, a bar for the gay people at Christopher Street in Manhattan. This riot fuelled further protests and led to LGBT pride marches being organised on a much larger public scale. On November 2, 1969, Craig Rodwell, his partner Fred Sargeant, Ellen Broidy, and Linda Rhodes proposed the first pride march to be held in New York City by way of a resolution at the Eastern Regional Conference of Homophile Organisations (ERCHO) meeting in Philadelphia. Protests which began since then pioneered the Pride movement and it spread across boundaries.

According to the traditional tale, a brick was thrown, by Marsha P Johnson or Sylvia Riviera, two key activists in the gay liberation movement, and they have become icons in the transgender rights movement. The two women will be honoured by New York City with a monument on Christopher Street, which is will be one of the world’s first that celebrates transgender people. This month is considered as 'Pride Month' to commemorate the Stonewall riots of 1969. Many pride events are held during this month to recognise the impact LGBT people have had the world over.

This year New York plans to host the largest international LGBT pride celebration, known as Stonewall 50--WorldPride NYC 2019, to commemorate the 50th anniversary of the riots. In New York City, the events will include a welcome centre during the weeks surrounding the events. In addition, commemorative arts, cultural, and educational programming will also take place. It is believed that this year will be the largest international LGBT pride celebration held in history. A march is also scheduled for June 30.

The pride history encompasses the growth and evolution of the international pride parade. "The Pride Parade is a symbol of celebration and liberation for the entire LGBTQ+ community. From its early days of activism on Christopher Street in New York City to the worldwide celebrations of today, it has empowered and given voice to a bright and vibrant community," news agency ANI quoted Nate Swinehart, the brain behind the slideshow.

India slams OIC for its references to Jammu and Kashmir