An abbot and vice abbot were killed when at least six assailants believed to be dressed as members of a government security force burst into the Rattanupap temple and opened fire, police said. 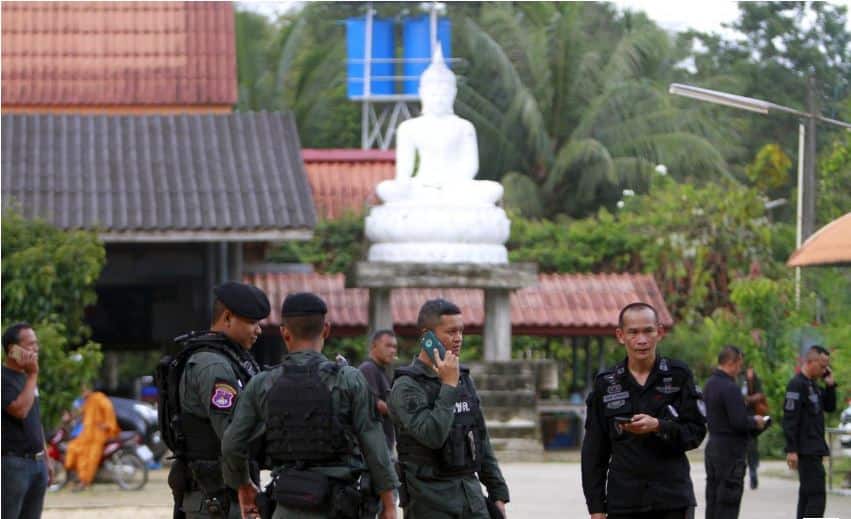 NARATHIWAT: Unknown gunmen shot dead two Buddhist monks and injured two others in an attack at a temple in Thailand`s mainly Muslim south, the first such killing of a Buddhist monk in the restive region in more than three years.

An abbot and vice abbot were killed when at least six assailants believed to be dressed as members of a government security force burst into the Rattanupap temple in Narathiwat province and opened fire late on Friday, police said.

Prime Minister Prayut Chan-ocha and religious leaders condemned the attack in the mainly ethnic Malay province, the scene of a long-running insurgency against Thai rule.

"The prime minister condemns this outrageous act and has ordered officials to quickly investigate the incident and apprehend these criminals," the prime minister`s office said in a statement.

Thai Muslim leaders also spoke out against the shooting of monks.

"We urge perpetrators of violence in the southern border provinces from all sides to stop killing innocent people and religious leaders," the Sheikhul Islam Office, which represents Thailand`s Muslim minority, said in a statement.

Police said the assailants were still at large.

A separatist insurgency has dragged on in southern Thailand for more than fifteen years. More than 6,900 people have been killed and 13,000 injured in the area since 2004 when violence intensified, independent monitoring group Deep South Watch says.

Thailand is a predominantly Buddhist country but Muslim Malays are a majority in three southern provinces bordering Malaysia.

The three provinces, and a small part of neighbouring Songkhla, were part of a sultanate annexed by Thailand in 1909. Separatist tensions have simmered ever since.

As with most violence in Thailand`s deep south, there was no claim of responsibility for Friday`s attack. Buddhist and Muslim leaders as well as state officials have often been targeted by insurgents.

At least 23 monks have been killed and more than 20 wounded since 2004, but there has not been an attack on monks since 2015. An imam was shot on Jan. 11, also in Narathiwat province.

The killings have added a religious dimension to a conflict that initially was rooted in ethnic and national tensions.

"Many Buddhists, not just in the south but across the country, are feeling aggrieved by Muslims, and it will take time for that to change," Rakchart Suwan, chairman of the Buddhist Network for Peace, told Reuters.

"Regardless of BRN`s specific objectives with this attack, the Thai government would be very foolish not to consider the danger of a toxic communal atmosphere in the south which could get out of control," Anthony Davis, an analyst with defence and security publisher Jane`s, told Reuters.

The Thai military government has taken part since 2015 in talks brokered by Malaysia that aim to end the violence but the BRN has stayed out of the dialogue.

That process was stalled last year and Bangkok has signaled that it will return to the talks this year.

Man charged with murder of Israeli exchange student in Melbourne