Havana Syndrome: Know all about this mysterious illness, findings of NAS study

The 77-page National Academies of Sciences report is understood to have provided the clearest and detailed estimation of what may have transpired. 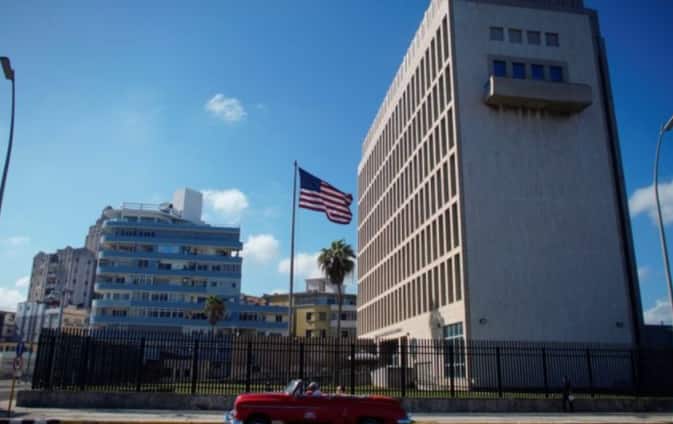 New Delhi: A National Academies of Sciences (NAS) report has found that mystery illness suffered by US diplomats in Cuba was most likely caused by directed microwave radiation. The study, commissioned by the US State Department, released on Saturday does not mention that the “directed, pulsed radiofrequency energy” was delivered intentionally.

Earlier in 2016, US diplomats and other employees stationed in Havana reportedly felt ill after hearing strange sounds and experienced physical sensations in their hotel rooms or homes. These US officials had felt symptoms including nausea, severe headaches, fatigue, dizziness, sleep problems, and hearing loss. These symptoms have been reported to be as “Havana Syndrome”.

More than two dozen US diplomats and members of their families in Cuba and China and at least 14 Canadian citizens in Havana reportedly experienced similar symptoms. Some of the affected employees recovered from these odd symptoms but others continued to feel the effect that affected their work as well as their normal lives.

The NAS report, titled “An assessment of illness in US government employees and their families at overseas embassies”, reportedly examined four possibilities to explain the symptoms — infection, chemicals, psychological factors, and microwave energy.

A committee of 19 experts in medicine and other fields examined the symptoms of about 40 government employees. The report concluded that “directed pulsed RF energy appears to be the most plausible mechanism in explaining these cases among those that the committee considered”. It also mentioned that the immediate symptoms that patients reported included sensations of pain and buzzing sound emanating from a particular direction, or occurred in a specific spot in a room.

A BBC report quoted the report as saying, "The committee felt that many of the distinctive and acute signs, symptoms and observations reported by (government) employees are consistent with the effects of directed, pulsed radiofrequency (RF) energy."

"Studies published in the open literature more than a half-century ago and over the subsequent decades by Western and Soviet sources provide circumstantial support for this possible mechanism," the report added.

While conducting this study, the report cited several challenges. The committee report noted that it solely focussed on events surrounding the US embassy in Havana since the information made available on patients from China was “too sparse and fragmentary to be able to draw any substantive conclusions about these cases.”

The US State Department has praised the National Academies of Sciences for undertaking the effort. It, however, stated that that “each possible cause remains speculative” and the investigation was still “ongoing”.

According to the State Department, “We are pleased this report is now out and can add to the data and analyses that may help us come to an eventual conclusion as to what transpired.”

Notably, the 77-page NAS report is understood to have provided the clearest and detailed estimation of what may have transpired. The National Academies publicly released the report Saturday evening.