Here are the worst mass shootings in US history

A shooting at a Baptist church in Texas on Sunday resulted in multiple casualties. 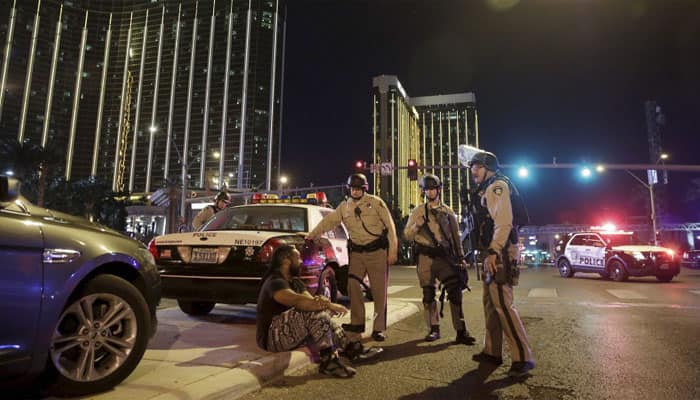 Washington: A shooting at a church in Texas on Sunday resulted in multiple casualties. The shooter was later killed.

The shooting took place at the First Baptist Church in Sutherland Springs, southeast of San Antonio.

The shooting comes just over a month after a gunman in Las Vegas, firing down from a hotel room, killed 58 people and wounded hundreds attending an outdoor concert.

Following are some of the worst shootings in US' history:

- The mass shooting at a country-music concert in Las Vegas on October 01, 2017 was the worst ever to happen in modern US history. At least 59 people were killed when a gunman opened fire on people attending a country music festival in Las Vegas. The shooter was 64-year-old Stephen Paddock.

- In Orlando, on June 12, 2016, 49 people were killed when a 29-year-old Omar Mateen opened fire at a gay nightclub that was hosting a Latin night. Mateen was killed by police.

- On December 02, 2015, Syed Farook and Tashfeen Malik, a married couple, opened fire at a San Bernardino County Department of Public Health event and killed 14 people. Malik, an American-born US citizen of Pakistani descent, had pledged allegiance to the Islamic State in a Facebook post.

- On June 18, 2015, a gunman opened fire at a weekly Bible study at the Emanuel African Methodist Episcopal Church in Charleston, killing nine people. Later, police arrested a suspect, Dylann Roof, 21. He said he wanted to start a race war. Roof was convicted of hate crimes charges and sentenced to death.

- In Blacksburg on April 16, 2007, 33 people were killed (including 23-year-old shooter Seung-Hui Cho) on the campus of Virginia Tech. He was said to have mental health issues.

- On December 14, 2012, a 20-year-old man gunned down about 20 children in Sandy Hook Elementary School located in Newtown, Connecticut. Identified as Adam Lanza, the gunman shot dead his mother before arriving at the school. Lanza, later, committed suicide by shooting himself.

- On April 20, 1999, two teens identified as Eric Harris (18) and Dylan Klebold (17) gunned down at least 13 people at Columbine High School. Following the incident, both of them committed suicide.

- A gunman on October 16, 1991, opened fire in a Texas-based restaurant killing 23 civilians and injuring a score. The perpetrator, George Hennard, then shot and killed himself.

- The San Ysidro mass shooting on July 18, 1984, took place around a McDonald's outlet killing 21 people and wounding another 19. The gunman was identified as James Huberty, 41. He was shot dead by a SWAT team sniper.

- On August 1, 1966, an ex-marine sharpshooter went on a shooting spree killing over dozen persons at the campus of the University of Texas at Austin. He was identified as Charles Whitman.

Billionaire Prince among dozens arrested in Saudi Arabia for corruption