The violence in Pakistan's Ghotki followed an alleged blasphemous remark by a school principal, who is a Hindu. 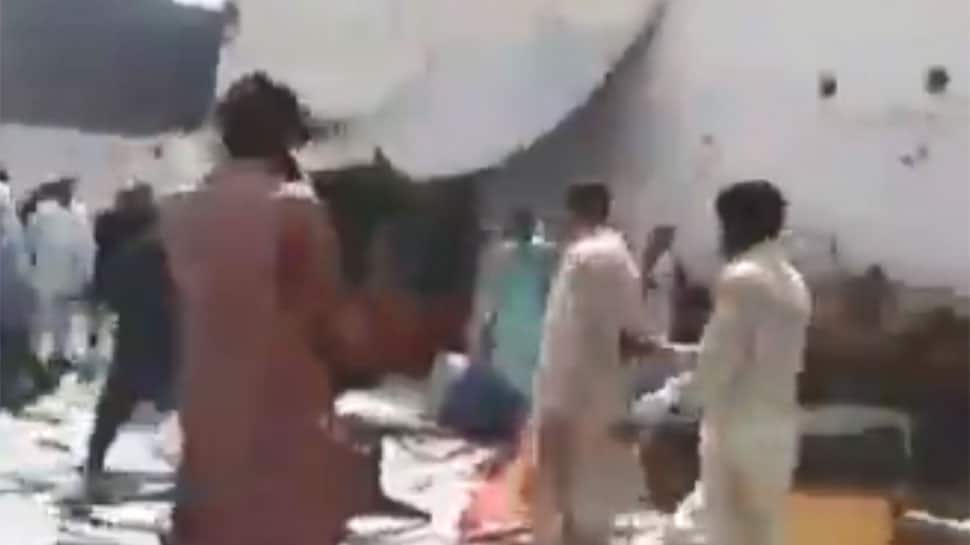 Several temples and houses of members of Hindu community have been attacked in Ghotki town of Pakistan’s Sindh. The violence in the region followed an alleged blasphemous remark by a school principal, who is a Hindu, in Ghotki.

The Human Rights Commission of Pakistan has taken cognisance of the matter, raising concerns over the “outbreak of mob violence”.

The World Sindhi Congress also expressed concerns over reports of violence, urging other countries to pressure Pakistan “to ensure safety” of religious majorities in the neighbouring country. A tweet by the human rights body claimed that temples, shops and homes had been ransacked by mobs.

“Alarming: Hindu community in #Ghotki Sindh under attack after student accused a #Hindu school principal of #blasphemy. Principal's school, Hindu temples, shops & homes ransacked by mobs. The world must pressurize #Pakistan to ensure safety of religion #minorities in the country,” read the tweet by the World Sindhi Congress.

Pakistani media reports quoted senior police officials of the region as saying that the situation had been brought under control. The officials also said that they would collect all facts and evidence to ensure that the culprits did not go unpunished. The police registered case against 50 rioters in connection with the violence.

Demands were raised by the residents of the area for arrest of the school principal, who had allegedly made a blasphemous remark.

The reports of violence against members of Hindu community come from Pakistan even as country’s Prime Minister Imran Khan has often targeted New Delhi alleging ill-treatment of minorities in India.

His claims and allegations have, however, been dismissed by India, with leaders from ruling as well as opposition parties asserting that Indian does not need any lesson from Pakistan with regard to treatment of minorities.