Scores of supporters clapped in support of the nine defendants including a law professor, two lawmakers and former student activists. 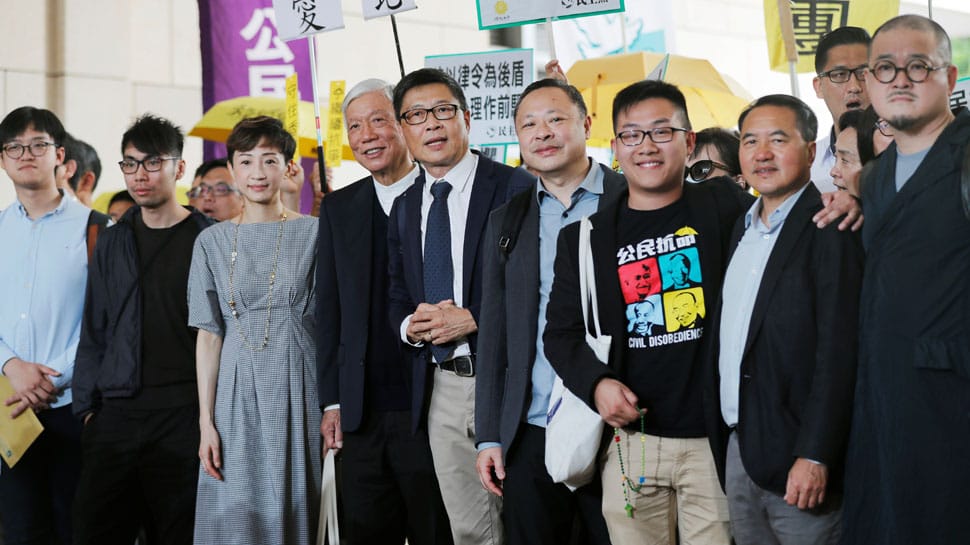 HONG KONG: A Hong Kong court found leaders of the 2014 "Occupy" civil disobedience movement guilty on Tuesday of public nuisance charges during the mass protests, in a landmark verdict that comes as the China-ruled city`s freedoms come under strain.

Scores of supporters clapped in support of the nine defendants including a law professor, two lawmakers and former student activists, after the judge delivered his verdict following a trial that critics say highlights shrinking political freedoms in the former British colony.

Three of the defendants accused of playing a leading role in planning and mobilising supporters during the 79-day street occupations in 2014 - Benny Tai, Chan Kin-man, and retired pastor Chu Yiu-ming - were found guilty of conspiracy to commit public nuisance.

Tai and Chan were also found guilty of incitement to commit public nuisance. They appeared calm after the verdict was delivered, and Chan bowed to supporters clapping for them outside the court. The trio had pleaded not guilty to all charges, which each carry a maximum seven years jail.

Tai, speaking to Reuters before the verdict, said: "We will still continue our struggle for democracy, "The reason that we committed civil disobedience is because we want justice for Hong Kong people."

In a summary of his judgement, Justice Johnny Chan noted that while the concept of civil disobedience is "recognised in Hong Kong", it wasn`t a defence to a criminal charge.

"The offence of conspiracy to cause a public nuisance does not have the undesirable effect of curtailing or suppressing civil disobedience at its formation stage or suppressing human rights as the defendants contended," the summary read.

No sentences were immediately given by the judge.

The nine defendants were accused of inciting and mobilising protesters during the pro-democracy demonstrations that blocked major roads in several parts of the global financial hub for 79 days in late 2014, in one of the boldest populist challenges against Beijing in decades.

The demonstrators were finally cleared away by police, having won no democratic concessions from the government.

Since the city returned from British to Chinese rule in 1997, critics say China has reneged on its commitment to maintain Hong Kong`s high degree of autonomy and freedoms under a co-called "one country, two systems" arrangement.

In the more than four years since the Occupy protests, democracy activists, diplomats and business leaders have expressed grave concerns over what they say is Beijing`s tightening grip on the city`s freedoms.