How US shutdown over border wall fight might play out

Democratic leaders Nancy Pelosi and Chuck Schumer have vowed they will not give Trump any money to build a wall. But as the shutdown grinds on, they could have second thoughts, although that seems unlikely given the political climate. 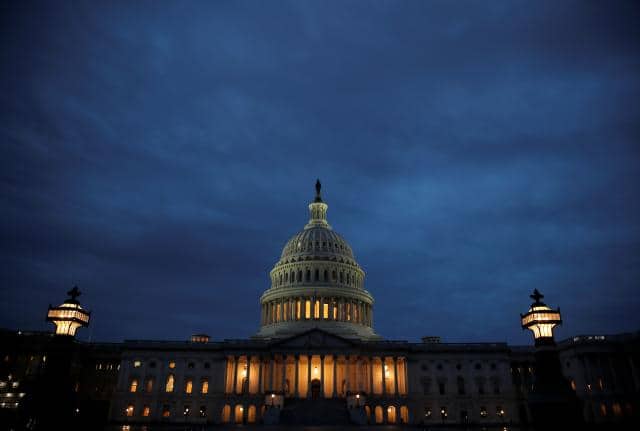 Washington: As the partial US government shutdown neared the end of its 19th day, President Donald Trump and congressional Democrats were still divided over his demands for funding a US-Mexico border wall, with a prompt resolution looking unlikely. Trump walked out of negotiations with Democrats on Wednesday, according to Senate Democratic leader Chuck Schumer.

The following are some possible scenarios for how the impasse might play out, with Trump`s request for $5.7 billion in taxpayer funds for his wall firmly opposed by congressional Democrats.

As ordinary Americans begin to feel the impact of the closure of about a quarter of the government, both sides could feel the heat from voters and move to do a deal, perhaps focussed on these factors.

Dreamers: These mostly young Latin Americans are living in the United States after being brought into the country illegally as children. Trump could offer to protect them from deportation in return for wall money. A deal along those lines was nearly achieved previously but collapsed.

Barrier, not wall: Trump has insisted on funding for a "wall," but lately has shifted to talking about steel fencing in the hope the term is less politically charged. Tall, slatted fences already are in place in some spots on the border and more are being built. Funding for more slats, or other alternatives to concrete, could let Trump declare victory and let Democrats say they blocked a wall.

Other steps: There are many additional ways to fortify the US-Mexico border, such as deploying more all-terrain vehicles and border guards on horses. Large metal detectors also could be installed to scan trucks and buses for illegal activities.

Follow the money: A dollar-figure bargain could be reached somewhere between Trump`s demand for $5.7 billion in wall funding and the Democrats` offer of $1.6 billion for border security.

Trump has threatened to declare a national emergency, saying that illegal immigration jeopardizes US security and empowers him to redirect existing federal funds to build his wall, perhaps by tapping Defense Department accounts. Under the Constitution, Congress holds the power to make decisions about spending US taxpayers` money.

Trump did not mention that option in a televised address on Tuesday about what he calls a border "crisis." Such a step by Trump would escalate what is now a policy dispute into a fight over presidential powers. Democrats would almost certainly move to block Trump, likely kicking off a protracted court battle.

Democratic leaders Nancy Pelosi and Chuck Schumer have vowed they will not give Trump any money to build a wall. But as the shutdown grinds on, they could have second thoughts, although that seems unlikely given the political climate. Democrats won a majority in the House of Representatives by a landslide in November`s elections.

Trump`s approval rating continues to hover at around 40 per cent. There is plenty of scepticism among voters about the need for a wall, polls show. In addition, a growing proportion of Americans now blame Trump for the shutdown even as Republicans mostly are supportive, a new Reuters/Ipsos poll found.

Trump, whose main responsibility as president is to make sure the federal government carries out its duties, could find the shutdown too politically hazardous. Closed national parks and museums is one thing. But US airport security workers and air traffic controllers working without pay have been warning that security and safety could be compromised if the government shutdown continues. Union officials said some TSA officers had already quit.

Trump has promised for years to build his wall - initially saying Mexico would pay for it - and has repeatedly attacked Democrats for standing in his way. But he may find the shutdown unsustainable, fold and endorse Democrats` shutdown-ending bills while finding a way to claim victory.

Democrats on Wednesday began advancing agency-by-agency funding bills in the House that would then go to the Senate. Republicans there would then have to decide whether to approve the bills or block them in the name of Trump`s wall project. Blocking a bill to fund the Treasury Department, for example, might delay Americans` tax refunds. So far, Senate Majority Leader Mitch McConnell has not indicated any interest in staging votes on those bills.