Hundreds of Palestinian protesters clash with Israeli soldiers near the border

The eyewitnesses said the Israeli soldiers fired live gunshots and little drones fired teargas canisters to disperse the protesters, who chanted slogans against Israel and tried to approach the fence of the borders. 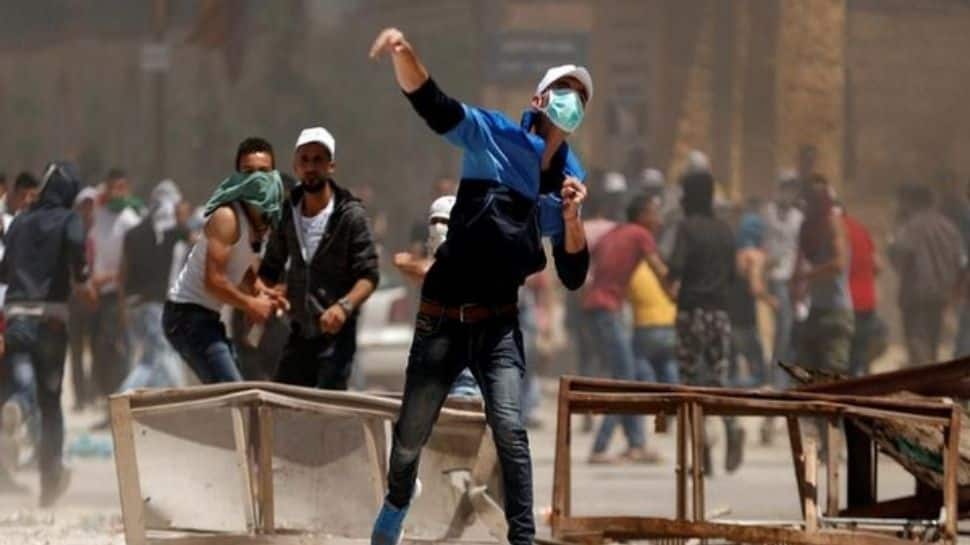 Gaza: Night clashes between Palestinian protesters and Israeli soldiers resumed on Saturday (August 28, 2021) near the borders between eastern Gaza Strip and Israel for the first time in two years, eyewitnesses said.

They said that members of the so-called "the night disturbance units" arrived at the border area with Israel, burned tires, detonated handmade bombs, whistled and clashed with the soldiers stationed at the borders.

The eyewitnesses said the Israeli soldiers fired live gunshots and little drones fired teargas canisters to disperse the protesters, who chanted slogans against Israel and tried to approach the fence of the borders.

Medical sources said that at least seven protesters were shot and injured. One was shot in the head and is in critical condition and the other six were moderately injured in their legs.

The decision to resume the protests near the borders with Israel was made earlier on Saturday by members of "the night disturbance units," which comprise members of various Palestinian factions, including the Islamic Resistance Movement (Hamas).

"These activities were resumed and will continue until the siege is lifted and Palestinian demands are fulfilled," the group said, adding that the activities will include launching incendiary balloons.

Protests in the Gaza Strip were recently escalated near the fence of the borders after Israel tightened the blockade imposed since 2007.

Leaders of the Palestinian factions insist that the anti-Israel activities in eastern Gaza will continue until Israel completely lifts the blockade.