"A no-deal Brexit would have been a terrible outcome." 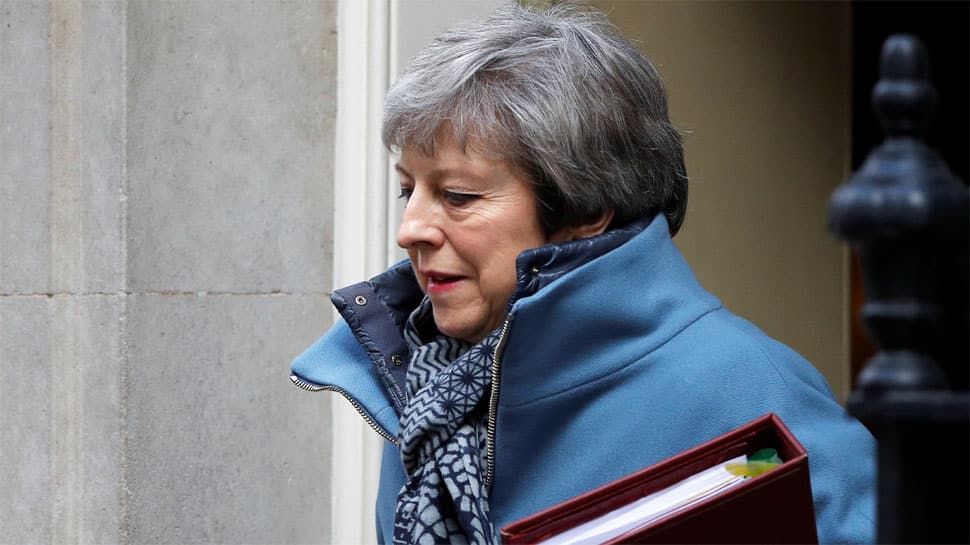 WASHINGTON:  The six-month delay of Britain`s exit from the European Union avoids the "terrible outcome" of a "no-deal" Brexit that would further pressure a slowing global economy but does nothing to lift uncertainty over the final outcome, the head of the International Monetary Fund said on Thursday.

Moreover, the just-struck arrangement would not resolve the issues between Britain and the EU, IMF Managing Director Christine Lagarde said at a news conference during the IMF and World Bank spring meetings in Washington.

Earlier on Thursday, EU leaders gave Britain another six months to sort out its departure from the 28-member bloc, but the reprieve offered no clarity on when, how, or even if Brexit will happen.

"At least the UK is not leaving on April 12 without a deal. It gives time for continued discussions between the various parties involved in the UK. It probably gives time for economic agents to better prepare for all options, particularly industrialists and workers, in order to try to secure their future," Lagarde said.

"A no-deal Brexit would have been a terrible outcome."

While knock-on effects of the Brexit saga are rippling around the world to one extent or another, the three years since the June 2016 referendum to leave the EU have weighed most heavily on Britain.

The uncertainty facing British businesses has gone "through the roof" due to Brexit, hurting investment and posing long-term challenges for economic productivity, Bank of England Governor Mark Carney said at an event on the sidelines of the IMF and World Bank meetings.

Despite an "incredibly tight" labour market, businesses have held off on investment since the referendum, he said.

Carney said that while the risk of a no-deal Brexit had been lowered, it remained to be seen how well the extra time is used.

"It provides a window of time for a political process, particularly in the UK, to forge a consensus within the House of Commons around the form of agreement. We will see how that time is used," Carney said.

RISKS BEYOND BREXIT
Brexit is just one of a clutch of economic risks that prompted the IMF this week to cut its global growth forecast for 2019 to 3.3 percent, the lowest rate since 2016, with a slight rebound to 3.6 percent expected next year.

The IMF`s No. 2 official, David Lipton, said the institution was not projecting a global recession but the growth slowdown leaves the world in a delicate spot.

"We do have to worry about the possibility of recession," he said during a discussion at the IMF.

Officials have repeatedly pointed to fraught trade relations as a major culprit behind the global slowdown.

"Protectionism benefits neither the United States nor China," Kuroda told reporters upon arriving for a meeting of Group of 20 finance leaders.

Trade tensions are the top concern among emerging market finance officials as well. In a communique from a meeting of the so-called Group of 24 developing market nations released on Thursday, officials said: "International trade has delivered enormous benefits globally and has been an important engine of growth among G24 countries."

The group said it stood ready to cooperate in the effort to build "a modern, open, rules-based, non-discriminatory and equitable multilateral trading system."

Weakness in global trade is making economies rely more on consumers, BoE`s Carney said. "Normally when expansions are reliant on the consumer, you start watching the clock, in terms of how much longer it will last."

German Finance Minister Olaf Scholz said the most important task for leaders was to eliminate the political risks hindering growth.
"It`s our job to create an environment of certainty so that companies and consumers can make investments," Scholz told reporters during a stop in Iceland on the way to Washington.

VENEZUELA QUESTION
Lagarde also said IMF shareholders were still undecided on whether to recognise Venezuelan opposition chief Juan Guaido as the South American country`s leader, a step seen as required for the IMF and World Bank to provide aid.

President Nicolas Maduro`s socialist government has not requested any aid and Venezuela, which is mired in a deep economic crisis marked by widespread shortages of food and medicine, has shunned the IMF since 2004.

But the IMF is prepared to move quickly on a package once a decision on the leadership question has been made, Lagarde said. Her comments were echoed by David Malpass, the new president of the World Bank.