Imran Khan is fast becoming an isolated PM of an isolated country with snubs galore from the world and accusations aplenty from politicians within Pakistan. 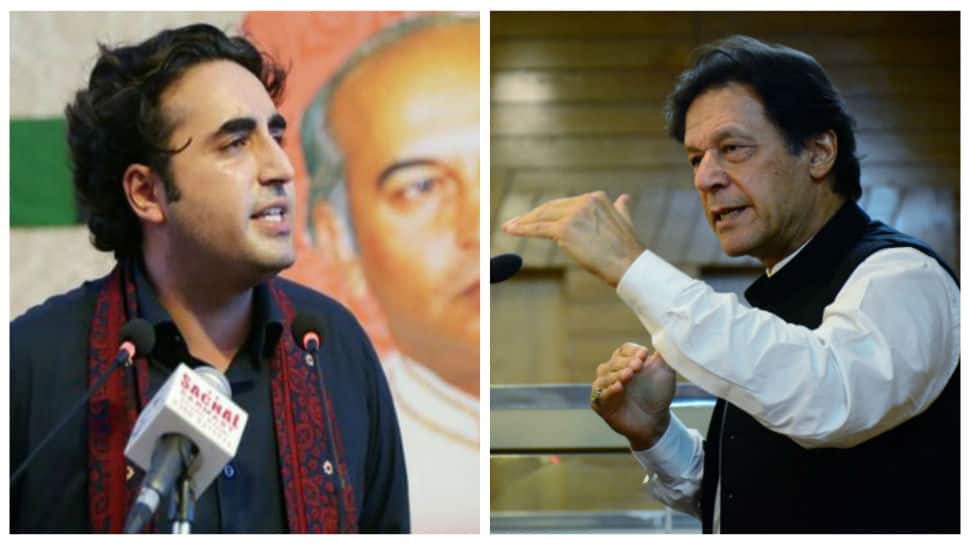 Snubbed by the world, Imran Khan is finding no love within Pakistan either and his desperate attempts to raise the Kashmir issue - internationally as well as domestically - has fallen flat. The most recent attack against the Pakistan PM has come from Bilawal Bhutto who has said the cricketer-turned-politician-turned-PM has no right to speak on Kashmir.

Speaking at a press conference on Sunday, Bilawal unleashed scathing fury against Imran and said that he won't even be able to save Pakistan-occupied-Kashmir now. "Earlier our policy on Kashmir would be on how to grab Srinagar, now it is about how to save Muzaffarabad," the chief of Pakistan Peoples Party reportedly said. According to Pakistan's Samaa TV, Bilawal also said that Imran was responsible for the 'funeral of democracy in the country (Pakistan)' and that he shouldn't speak of democracy in Kashmir.

Accusing Imran's Pakistan Tehreek-e-Insaf party of acting like it was an opposition party, Bilawal then said that the government needs to urgently show maturity.

Bilawal, the son of former Pakistan PM Benazir Bhutto, also accused the Imran-led government of plotting to kill his father Asif Ali Zardari. Zardari is a former President of Pakistan and Bilawal said that the government is preventing him from getting the medical treatment as suggested by doctors. (Full report here)

This is not the first time that Bilawal has slammed Imran and his government. He is also not the first politician to have targeted the Pakistani PM. While the PPP chief has questioned Imran on a number of fronts, including on the shambolic state of the country's economy, other important political leaders cutting across party lines have accused Imran of 'selling out' on Kashmir. Maryam Nawaz, daughter of former Pakistan PM Nawaz Sharif, went to the extent of calling Imran a puppet of the Pakistan Army.

Through it all, Imran's desperation has increased manifold. He had addressed his nation on Monday and had said that Pakistan will go to any extent over the Kashmir issue while also assuming an overtly aggressive posture and referring to nuclear weapons.his country has. India, meanwhile, has the backing of most of the world on the Kashmir issue, including the support of many Islamic countries. Maintaining that Article 370 which was revoked from Jammu and Kashmir earlier in August is an integral matter, India remains ready for any nefarious plans Imran may hatch in his dire state of desperation.