Pakistani media reports that Imran Khan will be accompanied by top generals of the Pakistan Army when he meets Donald Trump at the White House. 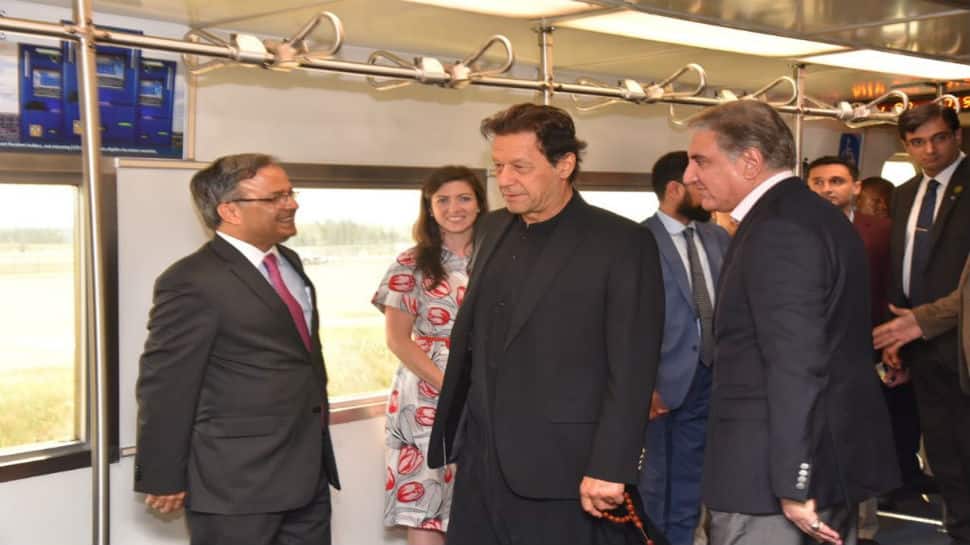 Imran Khan's authority as Pakistan Prime Minister has been doubted ever since he took oath on August 18 of 2018. Political rivals such as Maryam Sharif have gone on record to claim he 'nothing more than a puppet of the Pakistani Army.' His authority could well be under a degree of doubt as he gets set to meet US President Donald Trump, accompanied by top generals of the Pakistani Army.

Imran arrived in Washington on Sunday onboard a commercial airline, his attempt at austerity. He is staying at the residence of the Pakistan ambassador, yet another attempt at cost-saving. On Monday, he is scheduled to meet Trump at the White House and Pakistani media reported that he will be accompanied by the top generals of the Pakistani Army. "Apparently, this is the first time that the country’s top generals will be accompanying the prime minister to a White House meeting with the US president," reported Dawn.

This has led many to question if Imran really does have the power to talk as a Head of State or if he, in fact, is only a figurehead as has been alleged by many of his political rivals back home.

Allegations of Imran acting solely on the behest of the country's army and the Inter-Services Intelligence (ISI) have been levelled since the bitter campaign for political power in the election in 2018. Apart from Maryam, others targeting him over his powers have been Bilawal Bhutto - the country's Opposition leader. "He is selected, not elected PM," he had once said. "He dances to umpire's tunes."

Pakistan's deliberate move towards cosying up to China has often irked the US - one of the several reasons for ties between US and Pakistan deteriorating in recent years. It is also believed by security analysts that the move to have better ties with China is on the diktat of Pakistan's military. In a country where democracy has often been subjugated by military takeovers, the role of the military and the secret service agencies - in full view or behind curtains - is believed to be always at play.