In US Midwest, 22F 'feels like spring' after days of brutal cold

In Chicago, where the mercury dipped as low as minus 22 Fahrenheit (minus 30 Celsius) earlier this week, temperatures of 22F (minus 5.5C) felt positively balmy for some in the nation`s third-largest city. 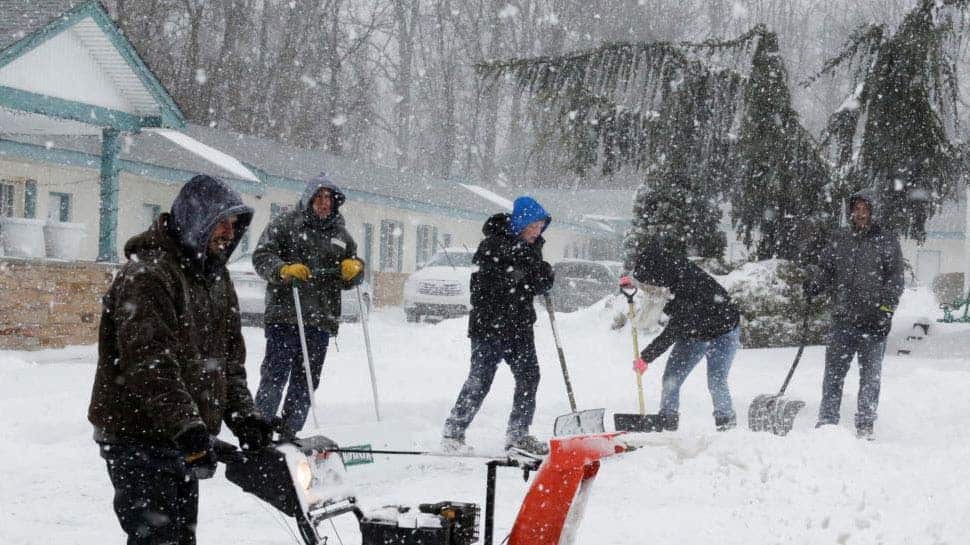 CHICAGO/NEW YORK: Bone-chilling cold that paralysed a large part of the United States this week and caused at least 18 deaths eased on Friday as an errant Arctic air mass retreated, setting the stage for a warmer-than-normal weekend in areas of the Midwest and Northeast.

In Chicago, where the mercury dipped as low as minus 22 Fahrenheit (minus 30 Celsius) earlier this week, temperatures of 22F (minus 5.5C) on Friday afternoon felt positively balmy for some in the nation`s third-largest city.

"It`s got to be an almost 50 degree difference, it feels like spring," said one commuter heading home from Chicago`s downtown financial district, wearing only a sweatshirt to keep warm.

Temperatures from southern New England to the Upper Midwest should reach the mid-40s to low 50s Fahrenheit through the weekend and Monday, forecasters said, after a record-breaking cold snap that stopped mail deliveries in some parts of the Midwest and shuttered schools and businesses.

Meteorologists linked the spell of brutal cold to the polar vortex, a reservoir of icy air that usually swirls over the North Pole. Shifting air currents caused it to slip down through Canada and into the U.S. Midwest this week.

Bryan Jackson, a National Weather Service meteorologist, said on Friday the core of the vortex was pulling back, though residual icy air was still pushing over to the U.S. Northeast.

Temperatures on Friday afternoon ranged from the teens to the twenties, after cities like Chicago experienced sub-zero temperatures for two days and opened additional warming centres for the homeless.

At least 18 deaths in several states were linked to the deep freeze since Saturday, and the number was expected to climb as authorities identified more victims.

On Friday, police in East Moline, Illinois, about 160 miles (260 km) west of Chicago, said the weather may have contributed to the death of a FedEx freight driver whose body was found between two trucks on Thursday outside a company distribution hub.

"The weather is being considered by investigators as a circumstance that may have played a role in the death," East Moline Police Captain Darren Gault said in a statement on Friday. An autopsy was scheduled for next week.

A representative for FedEx did not immediately respond to a request for comment.

Cook County`s medical examiner`s office said there had been four confirmed cold-related death this week in the Chicago area.

More than 40 cold-temperature records were broken on Thursday, the coldest morning since the polar vortex moved in late on Tuesday. The mass of
Arctic air had clung to a swath of the United States from Iowa and the Dakotas across the Great Lakes region and into Maine for days.

Amtrak restored rail service to and from Chicago on Friday, and the U.S. Postal Services resumed mail delivery in six Midwest states after suspending it for days.

As the U.S. Midwest and East Coast thawed out, a fierce winter storm was heading into California Friday night, carrying heavy rains and high winds that could touch off urban flooding and mudslides.