"We both are against outside influence in the internal matters of any nation. India and Russia realise the importance of a multipolar world. We are working together on many global forums like BRICS and SCO. We are adding new sectors to the already strong partnership between India and Russia," said PM Modi. 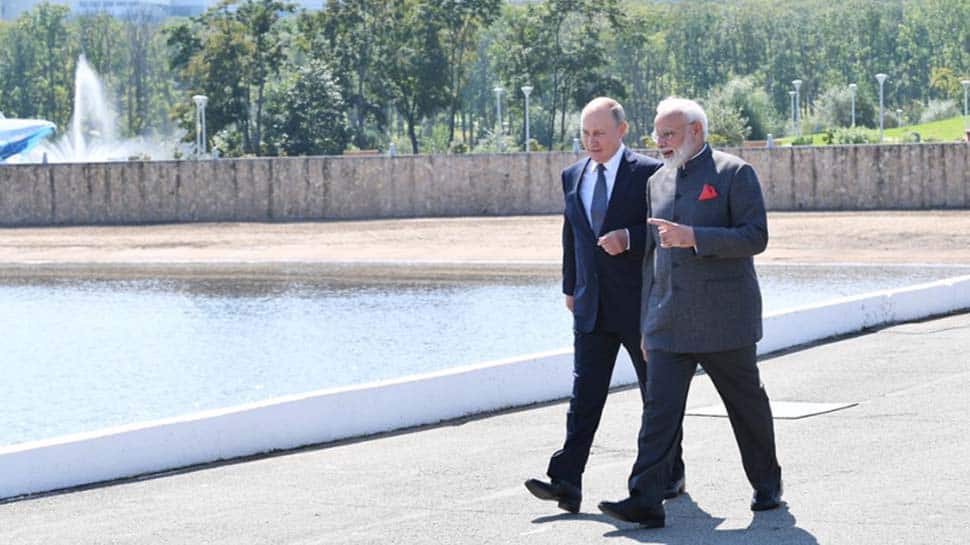 India and Russia signed several agreements on Wednesday in the presence of Prime Minister Narendra Modi and Russian President Vladimir Putin in Vladivostok, Russia. After signing the deals, PM Modi said that both India and Russia are against outside influence in the internal matters of any nation.

A proposal has also been made to have a full-fledged maritime route that serves as a link between Chennai and Vladivostok, asserted PM Modi.

"Honoured to be the first-ever Indian PM to be coming to Vladivostok. I thank my friend, President Putin for inviting me here. I remember the Annual Summit of 2001, the first one held in Russia when Mr. Putin was President and I had come in Atal Ji’s delegation as Gujarat CM," said PM Modi.

Speaking on Russia's decision to confer the country's highest civilian award, Order of St Andrew the Apostle, on him, PM Modi expressed his gratitude. "You've announced that I'll be awarded Russia's highest civilian award. I express my gratitude to you and the people of Russia. This demonstrates the friendly relations between the people of our two countries. It's a matter of honour for the 1.3 billion Indians," said PM Modi