Speaking on India's role in shaping the global discourse on climate change, Akbaruddin said that as India houses one-sixth of the world community its actions will have a global impact. India has committed to a path which is sustainable and which has components of renewable energy, for which India's commitments under the Paris accord have increased, more than four years ahead of schedule, he added. 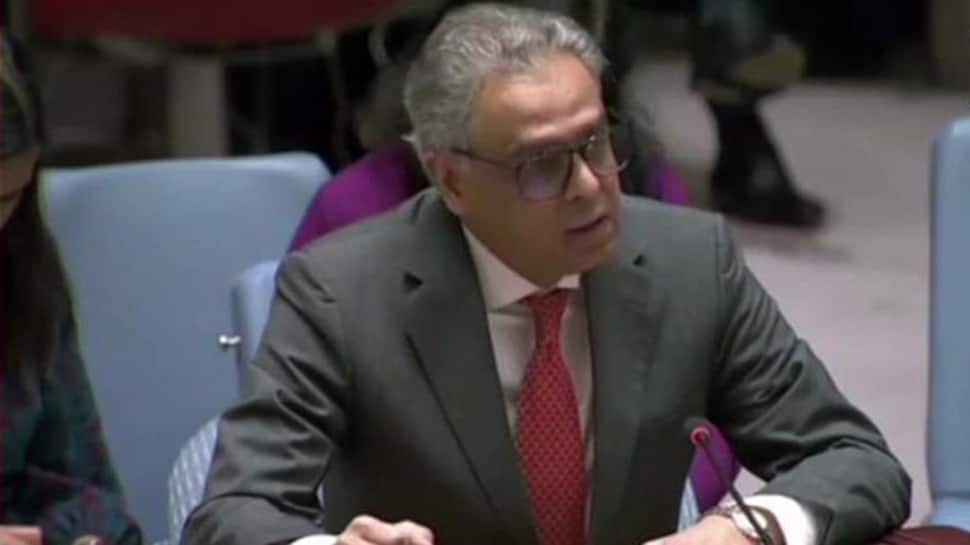 Indian envoy to the United Nations, Syed Akbaruddin, said that India is looking for action-oriented, tangible outcomes to the challenges faced by the global community, ahead of the high-level United Nations General Assembly (UNGA) week. He also extensively spoke about India's climate strategy and the Gandhi solar park built on the UN roof by Indian government's grant.

Speaking on India's role in shaping the global discourse on climate change, Akbaruddin said that as India houses one-sixth of the world community its actions will have a global impact. India has committed to a path which is sustainable and which has components of renewable energy, for which India's commitments under the Paris accord have increased, more than four years ahead of schedule, he added.

"You have to understand, one-sixth of the world community is India and whatever we do in India will impact globally. Our prime minister is committed to a way of life which is in harmony with nature. His view is for generation, Indians have lived in harmony with nature and therefore they should continue that lifestyle which has sustained us for all our known history. And that is our effort. In terms of climate change, we have committed ourself to a path which is sustainable and which has components of renewable energy, and that is why we have increased our commitments under the Paris accord more than 4 years ahead of schedule. We have the ambition, the vision to keep pushing for a sustainable renewable path for development," he added.

Akbaruddin said that the UN is focused on taking action towards climate change and the summit has been called with this aim. Speaking on the Gandhi Solar park built with India's help on the roof of the UN, he added the country's tradition believes that the sun is not only the source of energy but also of life itself.

Keeping that in mind, a solar park was chosen as it is a link between India's civilisational heritage as well as the future vision, he added. Mahatma Gandhi was focused on sustainability, environment, clean energy, simplicity in life and so the solar park is a tribute to him on his 150 Birth Anniversary.

"We are grateful that the United Nations has given PM Modi pride of place in terms of speakers. His vision about how India intends to take forward a renewable and sustainable path towards development will find echos because we are developing country, because we are a country which is committed to sustainable lifestyle and world is looking at us to be a pathfinder and to be a facilitator to what is increasingly a major a concern globally that unless we act, man-made climate change will overwhelm all of us," he further added.

"You will notice that we have engagement with a large array of developing countries. Many of them are the members of the international solar alliance and PM Modi will be meeting numerous leader. This is a first for us, this is a unique way of engagement and you will see tangible outcomes of the next week when meetings take place. I don't want to preempt those outcomes. All I can say is India is looking towards action-oriented, tangible outcomes to challenges the international community is facing," he added.