The iconic Washington Monument is set to witness a record of sorts on Sunday when more than 2,500 people will gather in the US capital to meditate and celebrate the fifth International Day of Yoga by flexing their body in multiple complex postures. 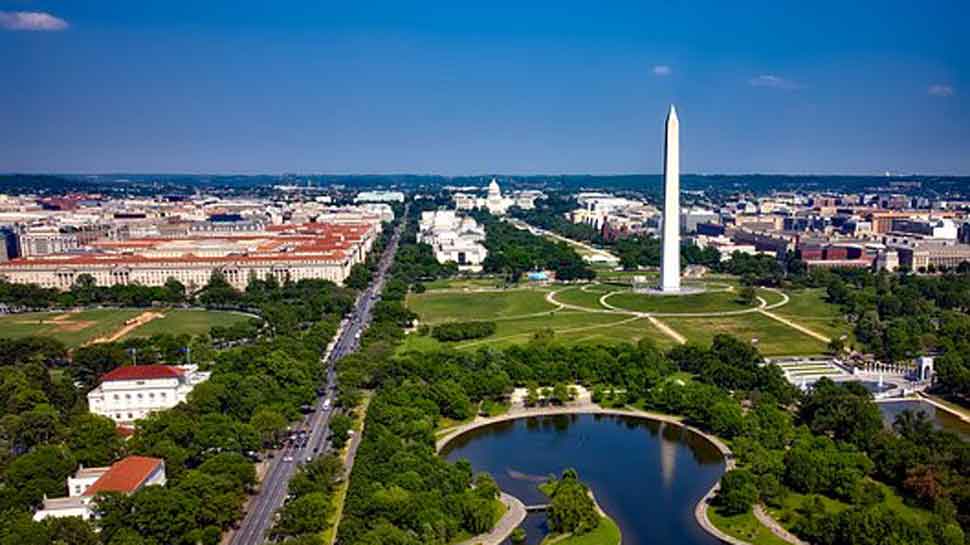 Washington: The iconic Washington Monument is set to witness a record of sorts on Sunday when more than 2,500 people will gather in the US capital to meditate and celebrate the fifth International Day of Yoga by flexing their body in multiple complex postures.

For the third time, the Washington Monument, that faces the National Mall overlooking the US Congress would host the International Yoga Day celebrations. This would be possibly the largest gathering of a free yoga event in Washington, given the enthusiasm of health-conscious people.

So far, more than 2,500 people have registered for the event on June 16. Following a proposal moved by India on December 11, 2014, the United Nations General Assembly declared June 21 as the International Day of Yoga.

"We are seeing a robust response to our call for participation at the fifth International Day of Yoga at the iconic Washington Monument on Sunday, June 16. The event has already received over 2,500 registrations," the Indian Ambassador to the US, Harsh Vardhan Shringla, told PTI.

The event is being organised by the Indian Embassy in association with more than 20 organisations. And as an added incentive, Shringla said, the embassy has scheduled a vegetarian food festival immediately after the yoga event as part the 150th birth anniversary celebrations of Mahatma Gandhi.

Since his arrival in January 2019, Shringla has been spearheading efforts for successfully organising the yoga day, which in five years has become a sought-after event in Washington. He has chaired a preparatory meeting of embassy officers and representatives of the partner organisations.

All ambassadors and representatives of UN organisations have been invited to the event. Representatives from various wings of the US government and the Congress are also likely to attend it.

"Over the last few years, the popularity of yoga has increased manifold in the US. I am told there are now about 36 million yoga practitioners in the country. And this is good news!" Shringla said.

To quote Prime Minister Narendra Modi, "Yoga has evolved as a way to achieve a healthy living and combines physical, mental and spiritual pursuits to achieve harmony of the body and mind. Its appeal today has truly transcended cultural and linguistic boundaries and it has become a global phenomenon,? he said.

The proposal to declare the International Day of Yoga was first moved by Modi in his maiden address to the UN General Assembly on September 27, 2014.

Then permanent representative of India to the UN Ashok Mukherji introduced the draft resolution in the UNGA on December 11, 2014. It was co-sponsored by a record 177 countries.

For the event this year, the Indian embassy has mounted an active promotion campaign through its social media channels and website. It has been running a Facebook ad campaign targeting individuals within 25 miles of DC, and individuals with interest in meditation, LuLulemon, yoga and yoga-related activities. The advertisement is expected to reach around a million people by June 15.

In the run-up to the event, more than 12 curtain raiser events have been organised at various locations across the US, including Maryland, Kentucky, West Virginia and Virginia. Several other promotional programmes have also been held.

The Indian embassy reached out to yoga studio owners and teachers to ensure participation from American yoga enthusiasts. The Washington Monument is an obelisk on the National Mall, built to commemorate George Washington, the first US president.