In a preliminary vote, parliament decided to dissolve itself. In order to disperse and set an election date, legislators would still have to hold a final vote, likely to take place on Wednesday. 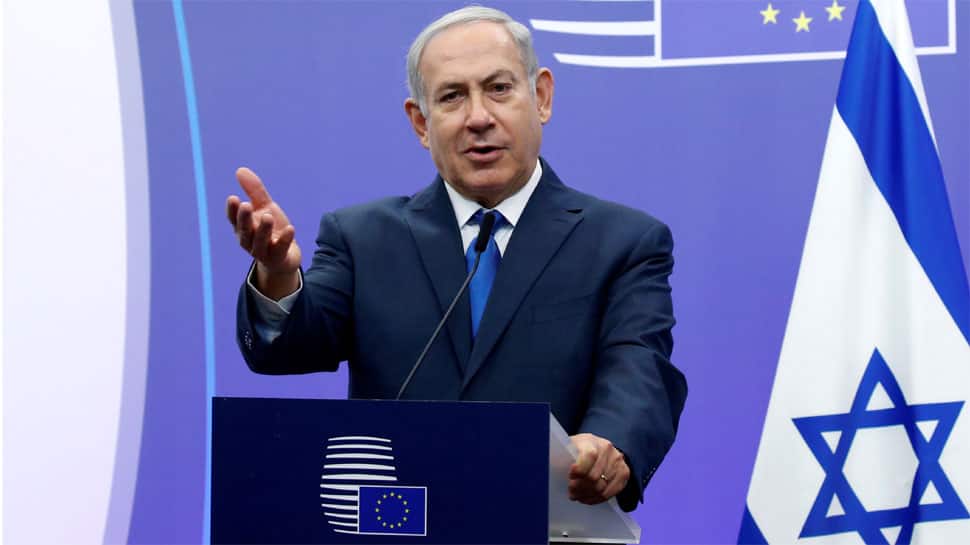 In a preliminary vote, parliament decided to dissolve itself. In order to disperse and set an election date, legislators would still have to hold a final vote, likely to take place on Wednesday.
Netanyahu, who heads the right-wing Likud party, has until 2100 GMT on Wednesday to put a government together, after being delegated the task by President Reuven Rivlin following the April 9 poll.

In a televised address following the initial vote in parliament, Netanyahu pledged to continue pursuing coalition talks and said a new vote would be unnecessary and costly. "A lot can be done in 48 hours," he said. "The voters` wishes can be respected, a strong right-wing government can be formed."

In power for the past decade and facing potential corruption indictments, Netanyahu has struggled to seal an agreement with a clutch of right-wing, far-right and ultra-Orthodox Jewish parties that would ensure him a fifth term.

Netanyahu has denied any wrongdoing and is due to argue against the attorney general's intention to indict him on fraud and bribery charges at a pre-trial hearing in October.

"Hoping things will work out with Israel`s coalition formation and Bibi and I can continue to make the alliance between America and Israel stronger than ever," Trump tweeted, using Netanyahu`s nickname. "A lot more to do!"

Although a second national election in the same year - unprecedented for Israel - would pose new political risks for Netanyahu, it would pre-empt Rivlin from assigning coalition-building to another legislator once Wednesday`s deadline expires.

The five parliamentary seats that Yisrael Beitenu won in the April ballot are crucial to Netanyahu gaining a parliamentary majority.

Likud took 35 of the legislature`s 120 seats, the same number as its main rival, the centrist Blue and White party, but had the pledged support of a bigger right-wing bloc. In a standoff with United Torah Judaism, Lieberman has demanded ultra-Orthodox must share other Israeli Jews` burden of mandatory service.

Ultra-Orthodox parties say seminary students should be largely exempt from conscription as they have been since Israel was founded in 1948. But some commentators and members of Likud have suggested Lieberman`s real motive is to ultimately succeed Netanyahu and lead Israel`s right-wing, using the conscription bill and coalition stalemate to weaken him politically.

Lieberman, who resigned his defence post in Netanyahu`s outgoing cabinet last November over policy towards the Palestinian enclave of Gaza, said he was acting only out of principle.

In his speech, Netanyahu welcomed the supportive remarks of Trump, with whom he has been in lock-step over policies towards the Palestinians and Israel`s Iranian foe. "He (Trump) is right," he said. "We have an infinite number of things to do, security challenges ... economic challenges."

But Netanyahu said he had failed "so far, including tonight" to persuade Lieberman "to avoid an election".