Under a rotation deal, Bennett will serve first as prime minister, followed by Lapid. 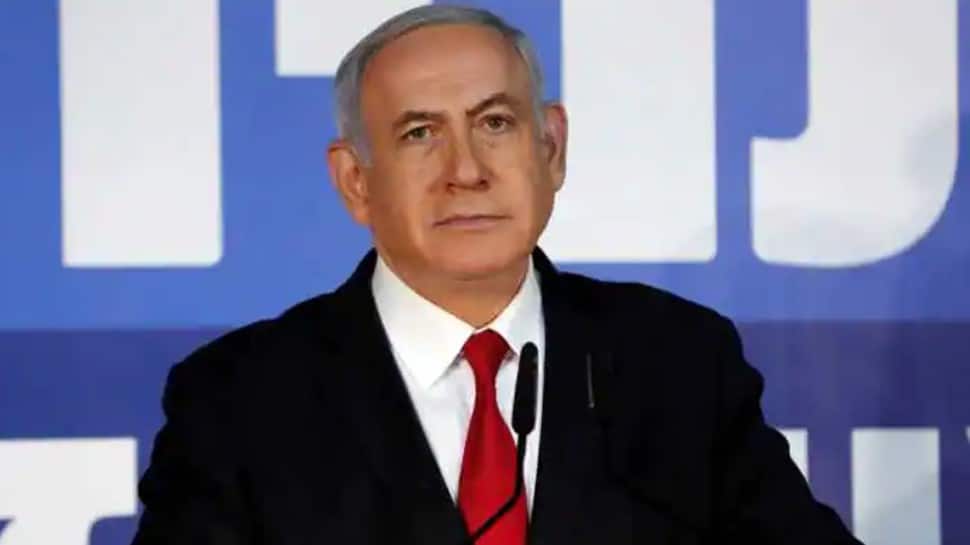 Jerusalem: Prime Minister Benjamin Netanyahu said on Sunday (June 7) a newly formed Israeli coalition that is poised to unseat him was the result of "the greatest election fraud" in the history of democracy.

He made his sweeping accusation at a time when Israel`s domestic security chief has warned publicly about the prospect of political violence. Netanyahu focused his allegations on a broken campaign promise from the man set to replace him as prime minister, nationalist Naftali Bennett.

Bennett had pledged not to partner with left-wing, centrist and Arab parties, but on Wednesday announced with opposition leader Yair Lapid that they had formed a governing coalition with factions from across the political spectrum.

Under a rotation deal, Bennett will serve first as prime minister, followed by Lapid.

No date has been set for a vote in parliament to approve the new government, which follows an inconclusive March 23 election, but it is widely expected to be sworn in on June 14.

"That`s why people justifiably feel deceived and they are responding, they must not be shut up," he said in the remarks, which were broadcast live and referred indirectly to Bennett`s campaign promise not to team up with Lapid and others.

Netanyahu, Israel`s longest-serving leader, has been in office since 2009, and his tenure has been clouded by an ongoing corruption trial, in which he has denied any wrongdoing.

The prospective new government caps political jockeying since the election - Israel`s fourth in two years. People angry at the alliance have held protests outside the homes of opposition politicians, whose security has been beefed up after threats on social media.

In a rare public warning, the head of the Shin Bet internal security agency said on Saturday that increasingly extreme online discourse could lead to violence.

While condemning violence and incitement, Netanyahu, 71, repeated his designation of the Lapid-Bennett coalition as a dangerous leftist alliance.

"This government is endangering Israel with such a danger the likes of which we have not seen for many years," he said.

"We, my friends and I in Likud, we will vehemently oppose the establishment of this dangerous government of fraud and surrender. And if, God forbid, it is established, we will bring it down very quickly."

Netanyahu said the politically diverse new coalition would not be able to stand up to the United States if Washington returns to a nuclear deal with Iran nor deal forcefully with Gaza`s Hamas militants, who engaged Israel in 11 days of cross-border fighting last month.

He also criticised Facebook and Twitter, saying the two social media platforms, which he uses extensively, had been blocking legitimate right-wing criticism of the Lapid-Bennett coalition.

Netanyahu said Facebook had removed a right-wing post that included the address of a legislator where a protest had been set to take place. He said a left-wing post that listed the same address but called on demonstrators to support the lawmaker had not been taken down.

"It`s a scientific case, simply scientific, clinical, that proves an attempt to shut up the right-wing," Netanyahu said.

A spokesperson for Facebook said: "Privacy and the protection of personal information are important to helping people feel safe on our services.
"Under our global Community Standards, we do not allow people to post personal or confidential information about others, including people’s addresses and phone numbers, therefore we remove such content once we become aware of it."