Sharif, who is serving a seven-year imprisonment in Lahore's Kot Lakhpat jail, was rushed to a hospital Tuesday after he complained of heart related complications. 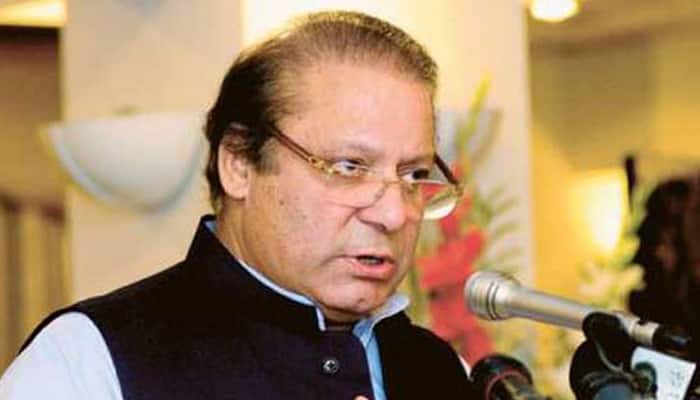 LAHORE: Pakistan's Punjab government has decided to constitute a "larger special medical board" to evaluate jailed former prime minister Nawaz Sharif's condition after doctors suggested that he has cardiac complications and should be shifted to hospital.

A four-member (second) special medical board of the Allama Iqbal Medical College/Jinnah Hospital Lahore examined Sharif, 69, in jail recently and recommended that for his "optimal treatment" he should be shifted to hospital.

Three-time prime minister, who is serving a seven-year imprisonment in Lahore's Kot Lakhpat jail, was rushed to a hospital Tuesday after he complained of heart related complications. He was later discharged from the hospital and taken back to jail following the medical tests.

"The government has decided to form a ?larger special medical board' in view of a previous medical board's report that Nawaz Sharif is not completely well and he should be shifted to hospital from jail to get optimal treatment for his heart complications," a senior official of Punjab government told PTI on Friday.

"If the new board suggests moving Sharif to hospital the government will implement it," the official said.

Meanwhile, Sharif's party, PML-N, has warned Prime Minister Imran Khan-led government that if anything happened to their leader for constantly ignoring his health issues the masses would be on roads.

On Tuesday, Sharif was taken to the Punjab Institute of Cardiology (PIC) for examination. Doctors there suggested that he required "aggressive medication" and "regular medical follow-ups" to avoid cardiac complications.

Before the AIMC board, a special PIC medical board had also examined Sharif last week and said he had vague symptoms of pain in both arms, particularly at night and numbness of toes.

Sharif's daughter Maryam Nawaz and his cardiologist Adnan Khan have demanded the PTI government shift him to hospital for better medical care.

"Reports show his (Sharif) disease has progressed and is life-threatening. Official reports from PIC still awaited. Have been running pillar to post but to no avail," Maryam tweeted.

1 killed in explosions at high-rise building in China