Pakistan’s National Assembly (NA) panel on Wednesday (April 7) passed the Criminal Law (Amendment) Bill, 2020, which aims at penalizing anyone over the charges of disrespectful behaviour against the nation’s armed forces. 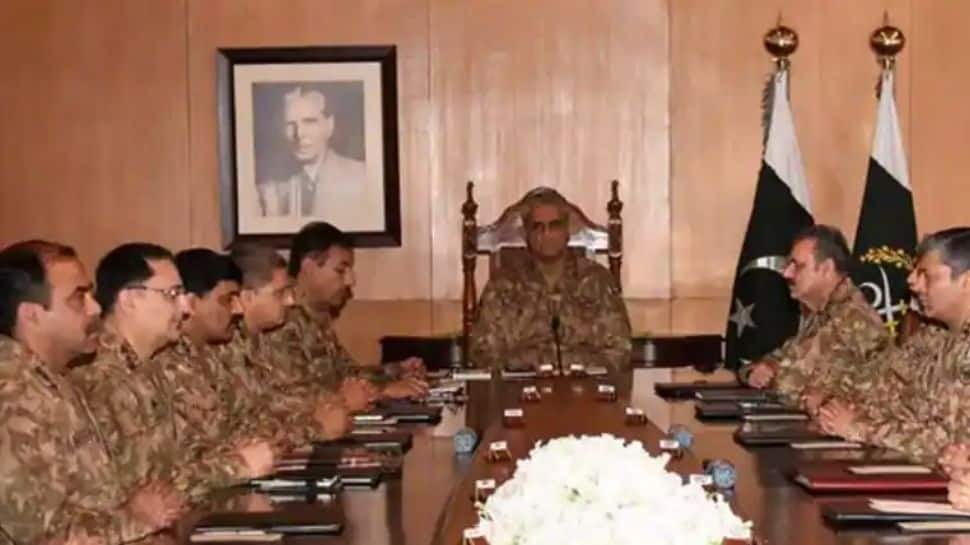 Islamabad: Pakistan’s National Assembly (NA) panel on Wednesday (April 7) passed the Criminal Law (Amendment) Bill, 2020, which aims at penalizing anyone over the charges of disrespectful behaviour against the nation’s armed forces.

The panel has endorsed a controversial law to criminalise any criticism or ridicule of the powerful armed forces with a two-year imprisonment or fine up to Rs 5 lakh or both.

The legislation was adopted by the National Assembly Standing Committee despite sharp criticism by the Opposition parties which called it ultra vires of the fundamental rights.

Coup-prone Pakistan has been under military rule for almost half of its existence, with many governments deposed before completing its term, mostly at the behest of the country's powerful armed forces.

The law, which aims to amend the Pakistan Penal Code (PPC), was introduced for discussion by the ruling Pakistan Tehreek-e-Insaf (PTI) lawmaker Amjad Ali Khan.

However, difference erupted over the law between the 11-member body after Pakistan Muslim League-Nawaz (PML-N) and Pakistan Peoples Party (PPP) opposed the harsh punishment suggested in the bill.

PML-N's Marriyum Aurangzeb and Chaudhry Nadeem Abbas Rebaira as well as Syed Agha Rafiullah of the PPP said that the amendment would be used to curb the freedom of expression in the country.

The vote was tied at 5-5 and the stalemate was broken by the chairman of the committee, Raja Khurram Shahzad Nawaz, who belonged to the ruling PTI. Normally, the chairmen of committees remain neutral.

The bill suggests that armed forces' personnel would not be subjected to any deliberate ridicule, insult and defamation, and those targeting them would be punished.

The only saving grace is that the trial of such critics would be held in a civil court and not in a military court.

But in order to become a law, the bill still needs to face the hurdle of being separately passed by the National Assembly (NA) and the Senate, the lower and the upper houses of Parliament. While the government enjoys a majority in the NA, the Opposition controls the Senate.

Often, the bills opposed by the Opposition parties at committee stage are killed in the Senate.