Lee, an independent expert who reports to the U.N. Human Rights Council on human rights in Myanmar, said nine townships had been blacked out, with no media access. 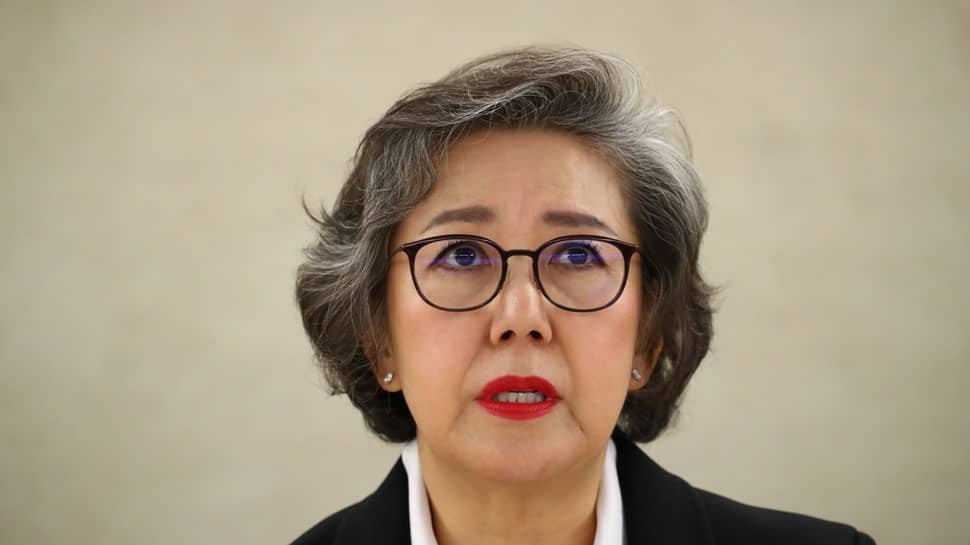 Lee, an independent expert who reports to the U.N. Human Rights Council on human rights in Myanmar, said nine townships had been blacked out, with no media access and serious restrictions on humanitarian organisations.  "I fear for all civilians there," Lee said in a statement.

"I am told that the Tatmadaw (Myanmar`s army) is now conducting a ‘clearance operation’, which we all know by now can be a cover for committing gross human rights violations against the civilian population."

The statement said there were credible reports that the army helicopters carried out attacks in Minbya Township in central Rakhine on June 19, and the following day, the Arakan Army fired on a navy ship in Sittwe, killing and injuring several soldiers.

The Arakan Army is an insurgent group that recruits from the mainly Buddhist ethnic Rakhine population and is fighting for greater autonomy for the state.

The conflict has included use of heavy weaponry, airstrikes and helicopter gunships, with significant loss of life on all sides, U.N. human rights chief Michelle Bachelet told the U.N. Human Rights Council earlier on Monday.

Rakhine state came to global attention after about 730,000 Rohingya Muslims crossed into Bangladesh fleeing a military crackdown in response to militant attacks in 2017.

U.N. investigators have called for senior military officers to be prosecuted over allegations of mass killings, gang rapes and arson. The military denies widespread wrongdoing.

A leading telecoms operator, Telenor Group, said on Saturday that the Ministry of Transport and Communications had ordered a temporary shutdown of internet services in conflict-torn western Myanmar, where government troops are fighting ethnic rebels.

It said the ministry had cited "disturbances of peace and use of internet activities to coordinate illegal activities", but a military spokesman said the army had no information about the shutdown and was not behind it. Lee called on the government to end the mobile internet ban.

Lee`s statement said the conflict between the Arakan Army and the Tatmadaw has been going on since late 2018 and has displaced more than 35,000 civilians.

Trump imposes new US sanctions on Iran, including supreme leader