Nawaz Sharif to travel to London on Tuesday: PML-N 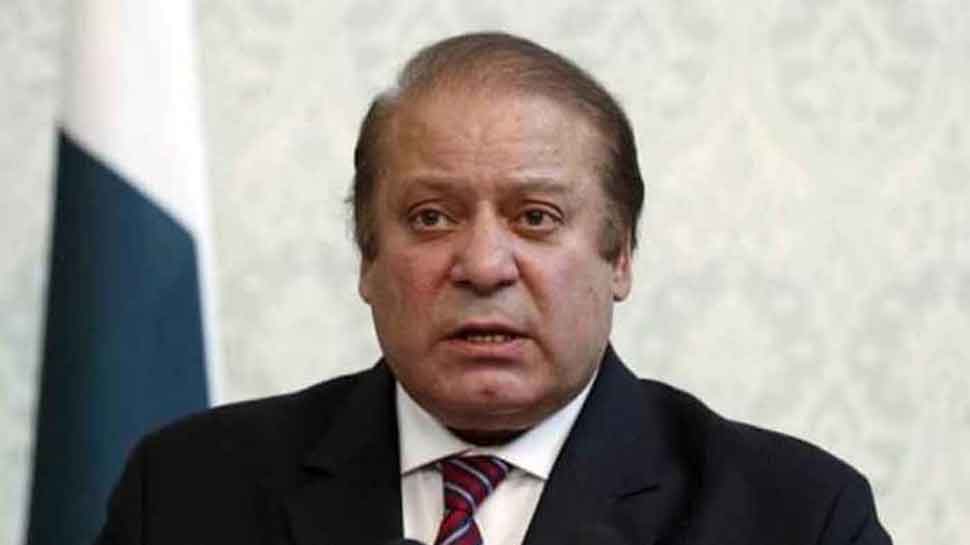 Lahore: Ailing former Pakistan Prime Minister Nawaz Sharif is expected to travel to London on Tuesday in an air ambulance following the Lahore High Court`s decision to allow him to go abroad for his medical treatment, a PML-N official said on Sunday.

In a blow to the incumbent government, which had placed a condition of indemnity bonds for Sharif`s travel, the court on Saturday ordered it to remove his name from the Exit Control List (ECL) without any conditions, Dawn news reported.

He was also being given medication to lower his high blood sugar and other medical issues, she said.

Earlier on Sunday morning, the former premier`s personal physician, Adnan Khan, said that Sharif was scheduled to travel to London within 48 hours "once he`s clinically stabilised, made travel-worthy (and) is safe for air travel".

"He will make the journey in a fully equipped (and) medically staffed air ambulance; arriving soon," Khan added in a tweet.

PML-N President Shehbaz Sharif hailed the decision and signed an undertaking that stated that he would "ensure return" of his brother "within four weeks or on certification by doctors that he has regained his health and is fit to return back to Pakistan".

On November 13, the Pakistan Tehreek-i-Insaf (PTI) government, after much deliberation, had granted a one-time permission to Nawaz Sharif for four weeks to travel abroad for his treatment provided he submitted indemnity bonds worth over 7 billion Pakistani rupees.

The condition was challenged in the Lahore High Court by the PML-N legal team the next day.