Testifying before the House Foreign Affairs Committee on the State Department's 2022 budgetary proposals, Blinken asserted that it is important to have three-fourths of the world vaccinated soon. 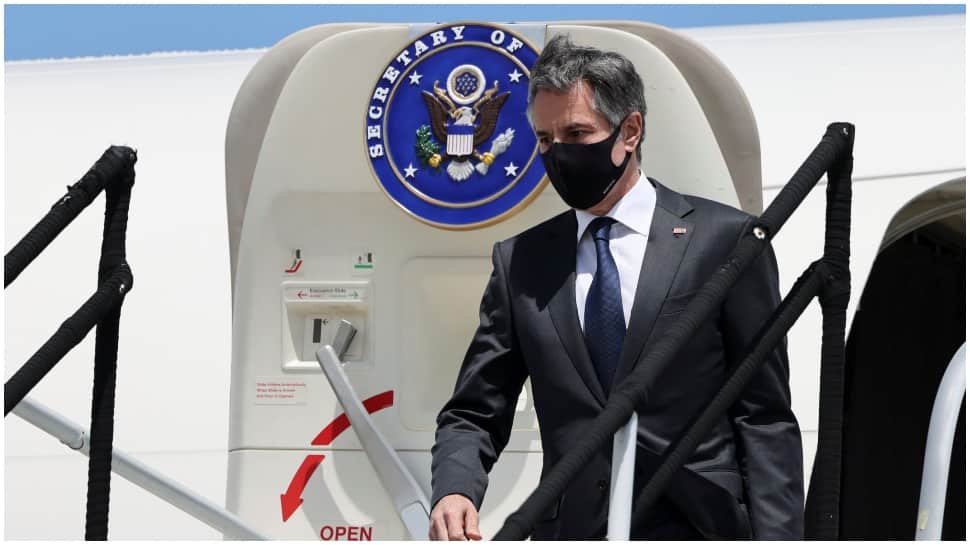 Washington: With the US sending millions of its COVID-19 vaccines to several countries, including India, Secretary of State Antony Blinken said that there is a need to increase production capacity on a regional basis across the globe.

US President Joe Biden had announced that the US will allocate 75 percent - nearly 1.9 crores of the first tranche of 2.5 crore doses - of unused COVID-19 vaccines from its stockpile through the UN-backed COVAX global vaccine sharing program to countries in South and Southeast Asia as well as Africa.

Testifying before the House Foreign Affairs Committee on the State Department's 2022 budgetary proposals, Blinken asserted that it is important to have three-fourths of the world vaccinated soon.

"If we stayed on the current course before we were distributing the 80 million vaccines before we're looking at increasing production around the world, not just in the United States, we're on track to have the world vaccinated, or at least to have 75 or so percent of the world vaccinated, not until 2024," he said in response to a question.

The US, he said, has 80 million vaccines that will be distributed, either working through COVAX, with COVAX, or directly by the US between now and early July.

"We want to make sure that anything we send out is safe and effective. But it's starting now and it's going to be rolled out over the coming days and weeks between now and the end of July," Blinken said, adding that the US has started with 25 million distribution, which has been allocated by region and within regions by country.

He said that about 75 percent of that first 25 million will be done in coordination with COVAX.

"The other 25 percent we'll be able to do directly, making sure that we're taking account of the science and the needs, where there are surges, where there are variants, where some countries need second shots and have a deficit. All of this is based on science, based on equity, and without political favor being demanded in return unlike some other countries," Blinken said.

By the time we complete the distribution of these 80 million there will be more to follow, as we have excess vaccines in the months beyond July, he said.

"Latin America, our neighbours, our partners in the region, in the Caribbean, will be among the first beneficiaries of the vaccines that are going out," he said.

The Biden administration, he said, is working closely to make sure that they have in place the support system necessary so that the vaccines can get there, be distributed and used effectively.

Congressman Gregory Meeks, Chairman of the House Foreign Affairs Committee, said that he is pleased to see the administration's plans for the initial distribution of vaccines bilaterally through COVAX, including to, of course, neighbours in Latin America and the Caribbean.

"To me, that was an important first step towards supporting the region in its recovery from this pandemic and once I encourage the administration to take," he said.

Blinken said the administration wants to make sure that it has every tool at its disposal to accelerate the production of and access to vaccines.

"So, we want to make sure everything's on the table. We'll have to make a determination of what is most effective, what is most efficient, and also doesn't have unintended consequences or second or third-order effects that would be problematic, he said.

"So, we're looking, in short, at that and looking to see what can be done to either increase or develop as necessary production capacity in different parts of the world, including Africa," Blinken said.