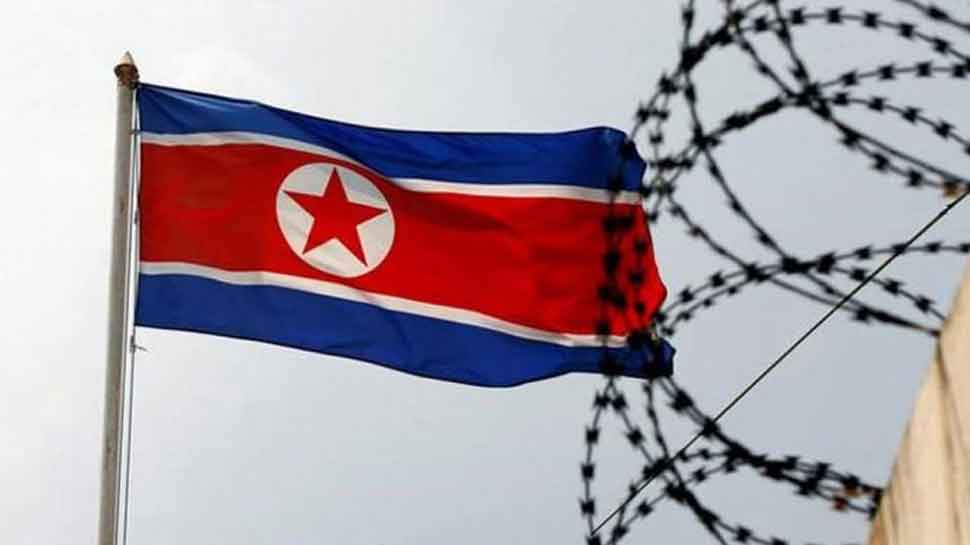 Seoul: North Korea said it had successfully conducted another test at a satellite launch site, the latest in a string of developments aimed at "restraining and overpowering the nuclear threat of the US ", state news agency KCNA reported on Saturday. The test was conducted on Friday at the Sohae satellite launch site, KCNA said, citing a spokesman for North Korea`s Academy of Defence Science, without specifying what sort of testing occurred.

In a later statement carried by KCNA, Chief of the General Staff Pak Jong Chon said the tests were designed to bolster North Korea`s defences by developing new weapons.

"The priceless data, experience and new technologies gained in the recent tests of defence science research will be fully applied to the development of another strategic weapon of the DPRK for definitely and reliably restraining and overpowering the nuclear threat of the US," he said, using the initials of North Korea`s official name, the Democratic People`s Republic of Korea.
It was the second test at the Sohae facility in the space of a week.

KCNA on Sunday said that North Korea had carried out a "very important" test on Dec. 7 at the satellite launch site, a rocket-testing facility that U.S. officials once said North Korea had promised to close.

That KCNA report called the Dec. 7 event a "successful test of great significance". South Korea`s defence minister Jeong Keong-doo said it was an engine test. The reported tests come ahead of a year-end deadline North Korea has put forth for the United States to drop its insistence on unilateral denuclearisation by Pyongyang.

US President Donald Trump has invested considerable time trying to persuade North Korea to give up a nuclear weapons programme that has grown to threaten the United States, but progress has been scant in spite of his three meetings with Kim Jong Un.

North Korea would be ready to respond to all political and military provocations by hostile forces while being "familiar with both dialogue and confrontation", Pak said. "Genuine peace can be safeguarded and our development and future be guaranteed only when the balance of power is completely ensured", he said. Pak warned that the United States and others should avoid provoking North Korea if they wanted a peaceful end-of-year period.

"Our army is fully ready to thoroughly carry out any decision of the Supreme Leader with action," he said. Pyongyang has warned it could take a "new path" amid the stalled talks with the United States. The top U.S envoy for North Korea, Stephen Biegun, US special envoy for North Korea, is due in Seoul on Sunday for meetings with South Korean officials.

The US Defense Secretary Mark Esper on Friday said the United States would be "tested soon" on bringing North Korea back to the negotiating table. "They (North Korea) are still doing training, they do short-range ballistic missile tests that we are also concerned about.

"We watch closely as do South Korea and Japan ... the State Department is trying to get them to the table because the only way forward is through a diplomatic and political agreement," Esper said at an event hosted by the Council on Foreign Relations.

Analysts said such tests could help North Korea build more reliable intercontinental ballistic missiles (ICBMs). "The point seems to be to remind the United States that North Korea still has space to qualitatively advance its programme," said Ankit Panda, a senior fellow at the U.S.-based Federation of American Scientists.

"We had a good hint that whatever they were doing at Sohae was military in nature when the Academy of Defence Science took charge of the announcement, as opposed to NADA, their space agency," Panda added.

Tension has been rising in recent weeks as Pyongyang has conducted weapons tests and waged a war of words with U.S. President Donald Trump, stoking fears that tensions between the two countries could return.

"Considering the fact that North Korea said the 7-minute test conducted last night was to bolster the strategic nuclear deterrence, the test would likely be related to ICBMs, which North Korea considers a strategic weapon to defend itself from adversaries including the United States," Koh Yu-hwan, a professor at Dongguk University in Seoul, told Reuters.

"North Korea is close to issuing an ultimatum towards the United States to come to the negotiating table with new calculations or to return to developing nuclear weapons," Koh added.