"The DPRK will gird itself for every possible situation," Kim said. 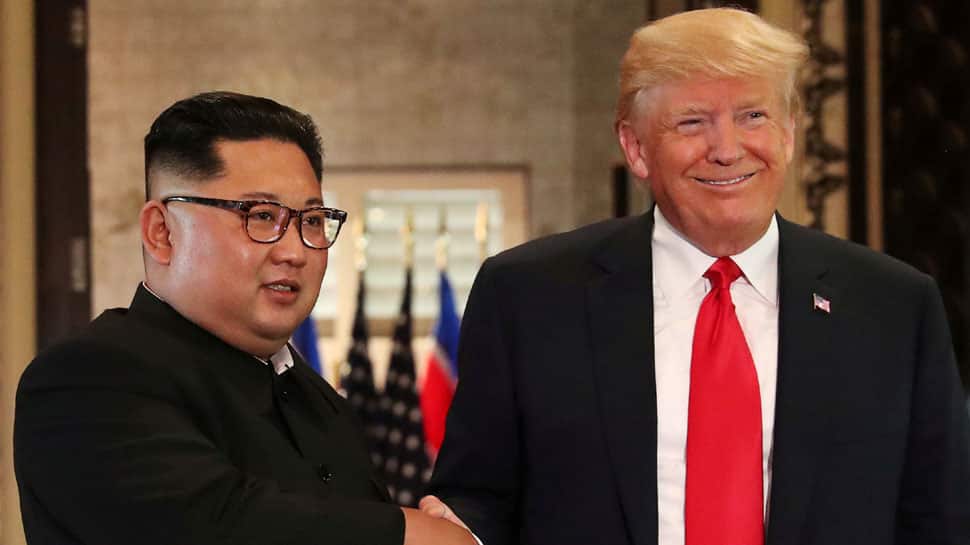 Kim's remarks were seen as keeping the pressure on the United States to be more flexible in accepting Pyongyang`s demands to ease sanctions, compared to the US stance during his unsuccessful second summit with US President Donald Trump in Hanoi in February. The North Korean leader said at the time he would wait until the end of the year for the United States to become more flexible.

"The situation on the Korean peninsula and the region is now at a standstill and has reached a critical point where it may return to its original state as the US took a unilateral attitude in bad faith at the recent second DPRK-US summit talks," KCNA reported Kim as saying, using North Korea`s official name, the Democratic People`s Republic of Korea. "The DPRK will gird itself for every possible situation," Kim said.

Kim invited Putin to North Korea at a convenient time and Putin accepted, KCNA said. There was no immediate comment on the summit from the US State Department but William Hagerty, the US ambassador to Japan, told a Washington thinktank Kim’s contact with Russia and China was part of an effort to seek relief from international sanctions.

"What we see is an outreach to try to find a way to deal with it. There is a much simpler way to deal with it and that is to denuclearise," he said. He said it was important the international community enforced U.N. sanctions against North Korea that were imposed because of Pyongyang`s nuclear and missile programmes.

The first face-to-face talks between Putin and Kim, held on an island off the Russian Pacific city of Vladivostok on Thursday, did not appear to yield any major breakthrough.

The two leaders had an in-depth discussion on ways for their countries to promote strategic communication and tactical collaboration in the course of ensuring peace and security on the Korean peninsula and in the region, KCNA said.

Putin said he thought a deal on Pyongyang`s nuclear programme was possible and that the way to get there was to move forward step by step in order to build trust. But any US guarantees might need to be supported by the other nations involved in previous six-way talks on the nuclear issue, Putin said, which was seen as a way to use the summit to strengthen Russia`s diplomatic clout as a global player.