Not so fast: US President Donald Trump on declaring national emergency

Hitting out at mediapersons in the room, Trump said, "You write about nonsense... You don't report it because you're fake news... You don't want to tell the story about what's going on at the border." 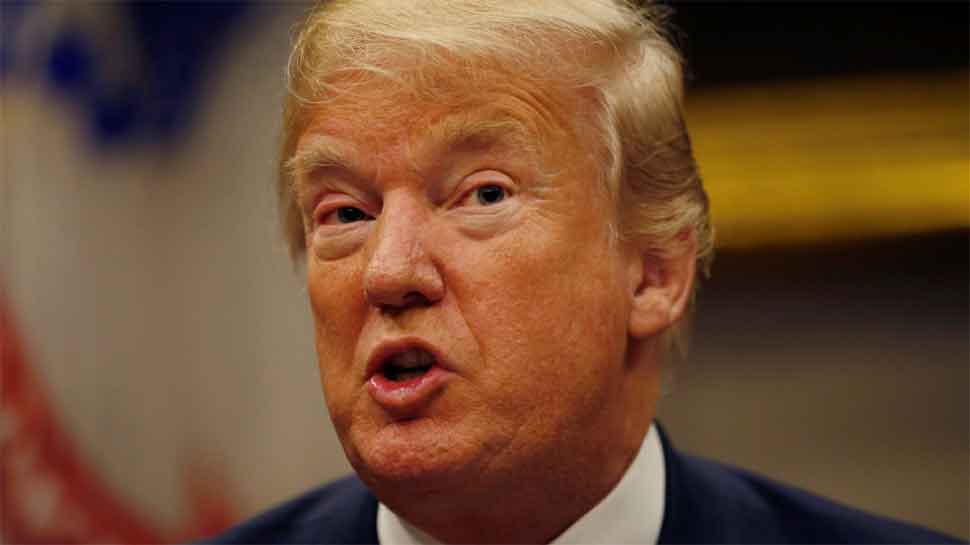 Washington: Hopeful that the Congress would give necessary approval to his demand for USD 5.7 billion to construct a wall along the US-Mexico border, President Donald Trump has said that him declaring a national emergency on the border security issue is not going to be so fast.

Asserting that he is within his rights to declare a national emergency, Trump said that he still wants the Congress to approve the funding for it.

Trump had on Wednesday said that imposing a national emergency is the last option and threatened to use it if the Democrats did not allocate USD 5.7 billion funding for his controversial US-Mexico border wall plan.

The president's inclination towards declaring a national emergency gained momentum after he walked out of a meeting with top Democratic leaders, House Speaker Nancy Pelosi and Senate Minority

The Democrats have repeatedly refused to approve any legislation to fund the wall. The standoff led to the partial government shutdown.

Declaring a national emergency on border security would help him to construct a physical barrier, concrete or a steel, along the southern border of the US to prevent flow of illegal immigrants into the country.

In response to a question from reporters regarding imposition of national emergency, Trump said, "I'm not going to do it so fast," while asserting that he has the right to do so. He said the Democrats in the Congress "should come back and vote."

In the 116th Congress beginning this month, the opposition Democrats hold majority in House of Representatives and has significant numbers in the Senate to block its approval. "We want the Congress to do its job. What we're not looking to do right now is national emergency," the US president told reporters during a White House roundtable discussion with state, local, and community leaders on the the need for strong border security and safe communities.

He also termed human trafficking an "ancient crime" enabled in the modern age by the Internet and the lack of a border wall.

On declaring a national emergency, Trump said, "It's the easy way out but the Congress should do this... If they can't do it I will declare a national emergency... I'll be sued and it will be brought to the 9th Circuit... And we will probably lose there before a possible Supreme Court victory."

Attendees at the roundtable discussion included State attorneys general, local elected leaders, faith leaders, and federal, state, and local law enforcement officials who bring first-hand perspectives on how the "crisis" at the border is negatively impacting communities across the nation.

Trump discussed the building materials he would like to use for a wall, and said, "Steel that has concrete inside...Not a bad combination."

Referring to a story about a tractor trailer full of immigrants who suffocated, Trump said it was "a hell of a death" and "a disgrace", while asserting that many migrants are smuggled between the ports of entry.

Reiterating his contention that unrelated adults use children to cross the border, the president said, "They are just using the children and then they tell them to get out of here."

Hitting out at mediapersons in the room, Trump said, "You write about nonsense... You don't report it because you're fake news... You don't want to tell the story about what's going on at the border."

Rebuffing Nancy Pelosi's claim that building a wall is immoral, he said, "What is immoral is what's going on".

Democrats can call the wall by a different name, Trump said, adding they are welcome to use the term "peaches". "The Republicans have been rock solid" in supporting the wall, the president said and called on the Democrats to vote on it.

Likening his fight for the wall to his controversial decision to move the US embassy in Israel from Tel Aviv to Jerusalem, Trump said that he would complete a job others had discussed but did not fulfil.

"The Democrats have to help us...It will take us 15 minutes..And then we will get onto much bigger immigration reform," he said.

Tulsi Gabbard, first Hindu in US Congress, to run for president against Donald Trump in 2020