Nuclear War or Third World War? Here's how USA plans to retaliate if Russia nukes it

A Russian nuclear missile would not take more than 30 minutes to reach over the US mainland and release its nuclear payload, giving the American and NATO forces a very small window to track and destroy the enemy weapons platforms. 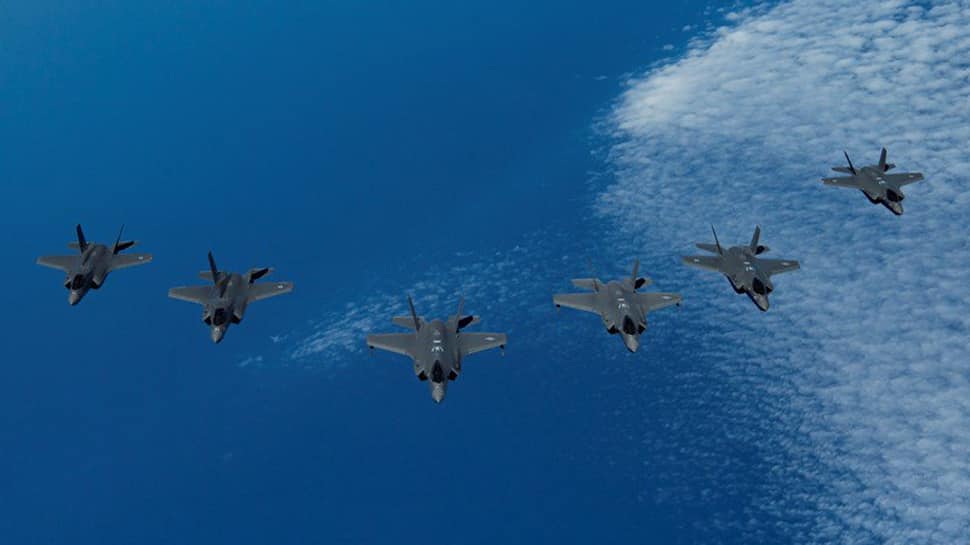 What would happen if there is a nuclear war between Russia and the United States of America? Both countries have thousands of extremely powerful nuclear and thermonuclear bombs which can blow up the world several times. Russian and US bombers, missiles and submarines are always ready to fire hundreds of nuclear bombs in case a war breaks out between the two, and the threshold limit is breached.

Now, US Air Force Chief of Staff General David Goldfein has revealed the American plan of a massive counterattack if Russia launches a nuclear strike on it. According to General Goldfein, US and NATO forces have a series of retaliatory steps ready in case Russian atomic bombs fall on them.

He outlined the three-part plan, the first of which will be to call the NATO Supreme Allied Commander of Europe General Tod Wolters. "Should war with a nuclear power happen, and I’m gonna primarily use Russia as my example today as the most dangerous nuclear threat we face. I fully expect three lights to light up on my red switch phone in the office. The first call will be the Supreme Allied Commander of Europe General Tod Wolters who will tell me what he needs to join NATO forces to halt enemy activity and blunt their objectives. By virtue of the speed with which air and space component deploys and employs, he expects us (US Air Force) to be the first to arrive as his (halt) and his blunt force. Because NATO is first and foremost a nuclear alliance," General Goldfein was quoted as saying at a Mitchell Institute for Aerospace Studies Nuclear Deterrence event a few days ago.

Defence and security website nationalinterest.org detailed that the massive counterattack would include the entire array of devastating weapons at US disposal including F-35 Lightning II stealth fighters, B-2 Spirit stealth nuclear bombers, US Navy nuclear-armed submarines, intercontinental ballistic missiles with multiple nuclear warheads along with its anti-air defence systems and satellites to destroy Russians missiles and bombers in the air before they drop their deadly payload.

A Russian nuclear missile would not take more than 30 minutes to reach over the US mainland and release its nuclear payload, giving the American and NATO forces a very small window to track and destroy the enemy weapons platforms.

While the F-35s lack the nuclear edge currently, they will be able to carry such weapons in the near future and American defence officials are confident that the fighter's stealth technology will allow it to reach Russia undetected. Since a large number of American fighters are always airborne to tackle any exigency, the US intelligence and technology is likely to know about a Russian nuclear ICBM launch as soon as the missile is in the air, giving time to the F-35s to destroy it in its boost phase itself. The F-35s will be accompanied by F-22 stealth fighters to tackle Russian jets including the Sukhoi Su-35s and Su-57s.

The US fighters, bombers and missiles will still need to dodge Russia's supremely capable S-400 Triumf and S-500 Prometey/ 55R6M Triumfator-M, which is still under development and will join active service only by late 2020, anti-air defence missiles. US officials, however, believe that F-35s and B-2 Spirit nuclear bombers would destroy enemy weapons platforms and if there is an explicit order from their president even annihilate entire cities.

The second wave of attack could involve raining down US nuclear missiles on the enemy to ensure that is no retaliation. General Goldfein also stressed that US fighters and bombers may need to be in the air for very long durations necessitating the need for mid-air refuelling with the help of aerial tankers. Even Special Operations Forces (SOF) could be deployed inside the enemy territory to destroy missile launch sites along with related command and control bases.

The second part of the plan includes calling the North American Aerospace Defense Command (NORAD). "As soon as I hang up with him (NATO Commander) there will be two other lights blinking. And I’ll talk to the NORTHCOM NORAD commander General Terrence O’Shaughnessy and he’ll team - tell me what he needs to support his increased footprint for homeland defense," Goldfein is quoted as saying by nationalinterest.org which relied on the transcript of Mitchell Institute for Aerospace Studies Nuclear Deterrence.

Since NORAD is tasked with ensuring the safety of US and Canada from aerial attacks, the American forces would need to activate their Ground-Based Interceptors (GBIs) to track and destroy any incoming Russian missile and/or fighter jets. US interceptor missiles would be fired into space to neutralise Russian nuclear missiles as soon as an attack is detected.

The third and final step would involve General Goldfein calling in the US SSBN or nuclear-armed submarines, which are the most crucial part of a nuclear triad. Deployed with the concept of launching a massive second strike, the nuclear-armed submarines will let loose their missiles on several enemy targets simultaneously to complete destruction of the nuclear attacker.

"But there’ll be one more blinking light on the phone waiting for me and that’ll be the STRATCOM Commander General John Hyten. And he’ll tell me what he needs to generate the nuclear forces required for a safe, secure, effective deterrent against a nuclear armed adversary. Every one of these missions is no-fail. And every one of these missions needs to be accomplished simultaneously," said General Goldfein.

Russia and the USA together account for over 90 per cent of all nuclear weapons in the world. According to the Stockholm International Peace Research Institute (SIPRI) Yearbook 2019 released in June, Russia has 6,500 nuclear bombs (1,600 deployed warheads, 4,900 other warheads) compared to USA's 6,185 (1,750 deployed, 4,435 others).