"With the latest escalation of violence in northwest Syria, civilians in Idlib governorate are again suffering from the devastating consequences of hostilities," it said. OCHA said Maarat al-Numan and the surrounding countryside "are reportedly almost empty". Syrian forces are advancing on Maarat al-Numan. 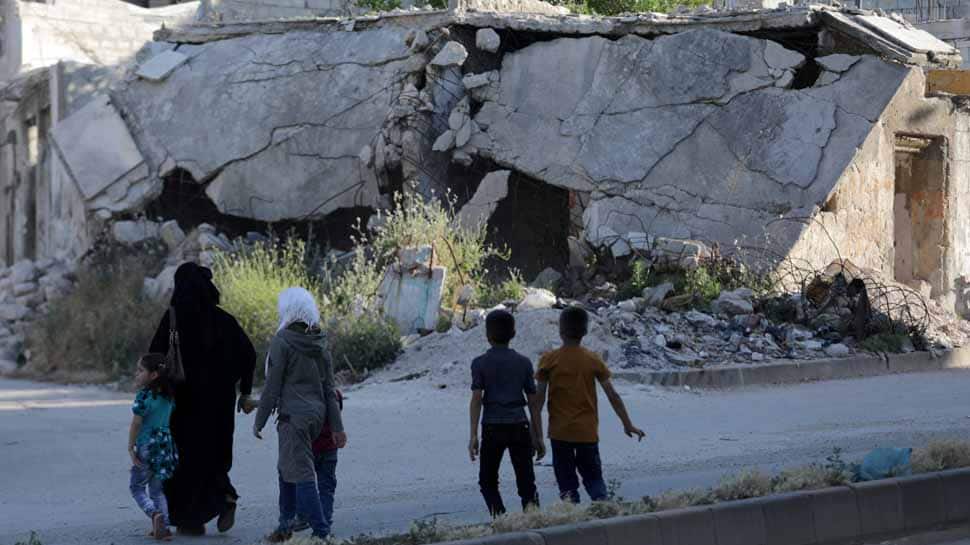 BEIRUT: The United Nations said 235,000 civilians had fled their homes in rebel-held northwestern Syria during a Russian-backed campaign of airstrikes and shelling this month. The UN Office for the Coordination of Humanitarian Affairs (OCHA) said the exodus had taken place between December 12 and 25. Most people had fled the city of Maarat al-Numan, towns and villages in southern Idlib province, Idlib city, and camps along the Syrian-Turkish border, OCHA said.

"With the latest escalation of violence in northwest Syria, civilians in Idlib governorate are again suffering from the devastating consequences of hostilities," it said. OCHA said Maarat al-Numan and the surrounding countryside "are reportedly almost empty". Syrian forces are advancing on Maarat al-Numan.

Thousands of families were also reported to be too frightened to move, fearing air strikes and shelling. Abu al-Majd Nasser, who fled to the border with his family from the town of Telmanas, said Russian President Vladimir Putin "wants to kill every Syrian who opposes the regime". Moscow and Damascus deny claims of indiscriminate bombing of civilians, saying say they are fighting jihadist militants. Rescue services and witnesses say hostilities have left many towns in ruins and knocked out dozens of medical centres.

U.S. President Donald Trump has spoken out against the "carnage" involving thousands of civilians in Syria. "Russia, Syria, and Iran are killing, or on their way to killing, thousands of innocent civilians in Idlib province. Don`t do it! Turkey is working hard to stop this carnage," Trump said on Twitter on Thursday. The Syrian army said this week it had seized more than 300 km of territory in the assault to end "terrorist" control of Idlib, killing hundreds of "terrorists".

Taking Maarat al-Numan would take the Syrian army into densely populated rebel-held parts of Idlib province, where millions of people who fled fighting elsewhere in Syria have taken refuge. The Russian and Syrian advance towards Idlib is also piling pressure on Turkey, which has a presence in the area and is seen by many civilians as a protector against Russian strikes. Turkish President Tayyip Erdogan said his country cannot handle a fresh wave of migrants from Syria, warning that Europe will feel the impact of such an influx if the bombing is not stopped.