Over 9 crore casualties in 5 hours: How a Russia-US Nuclear War is likely to play out

Named Plan A, the simulation claims there will be four scenarios in a war between Russia and the US-led NATO forces. They are Nuclear Warning Shots, The Tactical Plan, The Counterforce Plan and The Countervalue Plan. 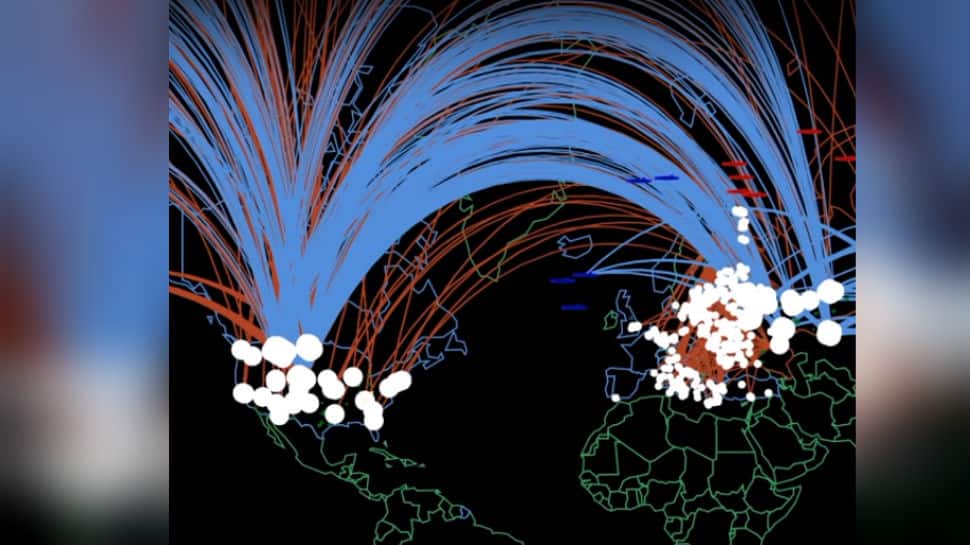 Over 3.4 crore deaths and another 5.74 crore injured in less than five hours! Such a scenario is a possibility if Russia and the United States of America - the foremost military powers in the world - are involved in a nuclear war. The two countries have 12,685 nuclear warheads between them, which is more than 91% of the world's arsenal, according to a report by The Stockholm International Peace Research Institute (SIPRI) Yearbook 2019. But what happens if Russia and US-led NATO get into a direct armed confrontation which spirals out into a mutually destructive nuclear exchange?

The situation is extremely scary and could result in over 9.1 crore casualties (deaths and injuries) in just about five hours of such a hostility breaking out, a simulation named Plan A by Princeton University's Science and Global Security programme reveals. By contrast, the death toll during the almost six-year-long Second World War, the bloodiest conflict on the earth saw almost 8.5 crore people perishing where as the First World War resulted in the death of 1.6 crore people.

Named Plan A, the four-minute audio-visual simulation claims there will be four scenarios in a war between Russia and the US-led NATO forces. They are Nuclear Warning Shots, The Tactical Plan, The Counterforce Plan and The Countervalue Plan. At the end of the fourth stage, Europe would almost continue to exist while large swathes of Russia and the US would be completely destroyed. In the simulation, Russian forces and strikes are depicted in red colour while US-led NATO is blue with nuclear detonations in white.

How a conventional conflict between Russia and the United States of America would escalate into a nuclear war. The simulation is based on real force postures, targets and fatality estimates Following the eruption of a conventional war, Russia responds with a single tactical nuclear strike from its base in Kaliningrad to stop the advance of US-led NATO force forcing the latter to retaliate with a single tactical nuclear airstrike.

Following the first strikes, both sides indulge in a tit-for-tat tactical nuclear exchange turning most of Europe into a vast graveyard. Russia fires 300 nuclear warheads using its strike aircraft fleet and short-range missiles to annihilate US and NATO bases in Europe. NATO launches 180 nuclear warheads to target Russian bases and forces. This exchange is estimated to result in 2.6 million casualties in just 3 hours and will completely destroy all military installations in Europe.

NATO will then respond with a strategic strike of nuclear missiles tipped with 600 warheads from silos based in US mainland and submarines prowling the Atlantic and Pacific oceans in a bid to take out the remaining Russian forces and military bases. Russia, too, will respond with its own nuclear missiles taking off from silos, road-mobile vehicles and submarines resulting in 3.4 million casualties in just 45 minutes.

This will be followed by both the sides targeting at least 30 most populous centres and economic hubs to ensure that the enemy is unable to recover. Russia and well as US-led NATO will fire 5-10 warheads on each city depending on their population resulting in 85.3 million deaths and injuries in just 45 minutes. Such a nuclear war would lead to 9.15 crore casualties including 3.41 crore dead and 5.74 crore injured. However, the simulation does not include the deaths and injuries that would take place as a result of the nuclear fallout, radiation and nuclear winter that will follow the deadly war.

The Science and Global Security programme claims, the simulation was prepared to "highlight the potentially catastrophic consequences of current US and Russian nuclear war plans". "The risk of nuclear war has increased dramatically in the past two years as the United States and Russia have abandoned long-standing nuclear arms control treaties, started to develop new kinds of nuclear weapons and expanded the circumstances in which they might use nuclear weapons," it says.

The world has nine nuclear powers - USA, Russia, United Kingdom, France, China, India, Pakistan, Israel and North Korea - with a total of 13,865 warheads. The first two countries have 6,185 and 6,500 nuclear weapons in their arsenal respectively. Even though the two blocs have come close to being involved in direct conflict, they have till now managed to avoid the scary and deadly scenario - a nuclear war.

But recently the 1987 Intermediate-Range Nuclear Forces Treaty between Russia and the US was consigned to the dustbins. The Intermediate-Range Nuclear Forces Treaty had banned the two countries from manufacturing, testing and deploying land-based cruise and ballistic missiles along with their launchers. The treaty had led to a ban on nuclear-tipped missiles with a range of 500-1,000 kilometres as well as those capable of hitting targets between 1,000-5,500 km, thereby reducing the chances of an accidental triggering of such weapons.