By approaching the UNSC's 1267 Committee to let Saeed use his bank account in Pakistan for ‘basic expenses’ to help the family, Islamabad has shown the world that it is not serious about taking tough actions against terrorism and the country is still a safe haven for terrorists.

In a move which has once again exposed Pakistan's love for terrorism, the United Nations Security Council on Thursday approved a request by Pakistan to allow 2008 Mumbai attack mastermind, globally designated terrorist and Jamaat-Jud-Dawa chief Hafiz Saeed to use his bank account to meet the basic monthly expenses of his family. By approaching the UNSC's 1267 Committee to let Saeed use his bank account in Pakistan for ‘basic expenses’ to help the family, Islamabad has shown the world that it is not serious about taking tough actions against terrorism and the country is still a safe haven for terrorists.

The UNSC 'approved' Pakistan's request after no objections were raised to it within the set deadline. In a notification dated August 15, the UNSC committee said, "The Chair has the honor to refer to his draft letter to the Islamic Republic of Pakistan communicating the Committee`s decision with respect to the intention of the Pakistani authorities to authorize certain expenditures to the benefit of Hafiz Muhammad Saeed, Haji Muhammad Ashraf and Zafar Iqbal to cover basic expenses, as specified in the note verbale of the Islamic Republic of Pakistan pursuant to paragraph 81 (a) of resolution 2368 (2017)." Saeed can now draw up to Pakistani rupees 150,000 from his accounts in total on a monthly basis.

Pakistan in its letter to UNSC has contended that Saeed should be allowed to access his bank accounts because he is the sole supporter of a family of four members and is responsible for food, drink and clothes expenses for all the family members. Saeed will receive PKR 50,000 as pension from Government of Pakistan because he was an assistant professor at University of engineering technology in Lahore before his retirement in 1999. Saeed's son Hafiz Talha Saeed has been allowed to give PKR 1,00,000 to the global terrorist. 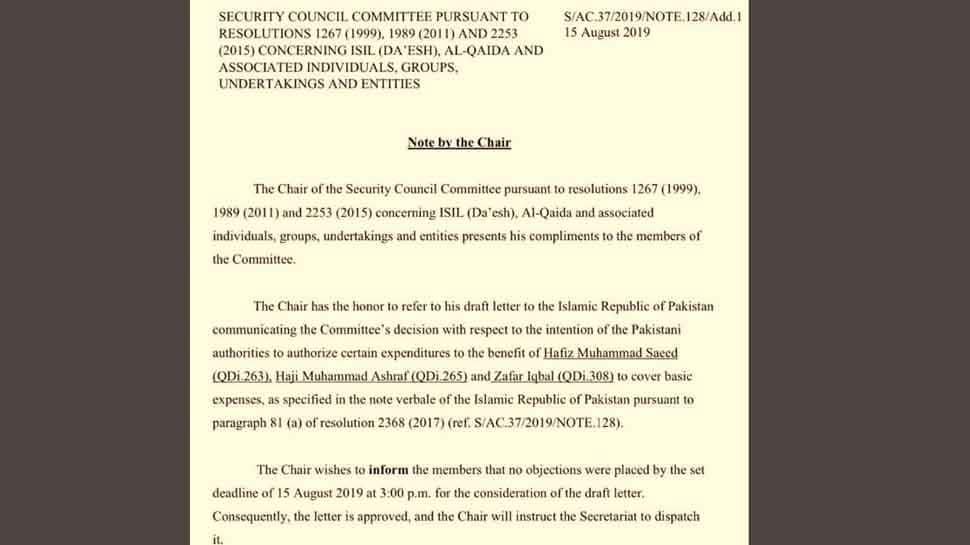 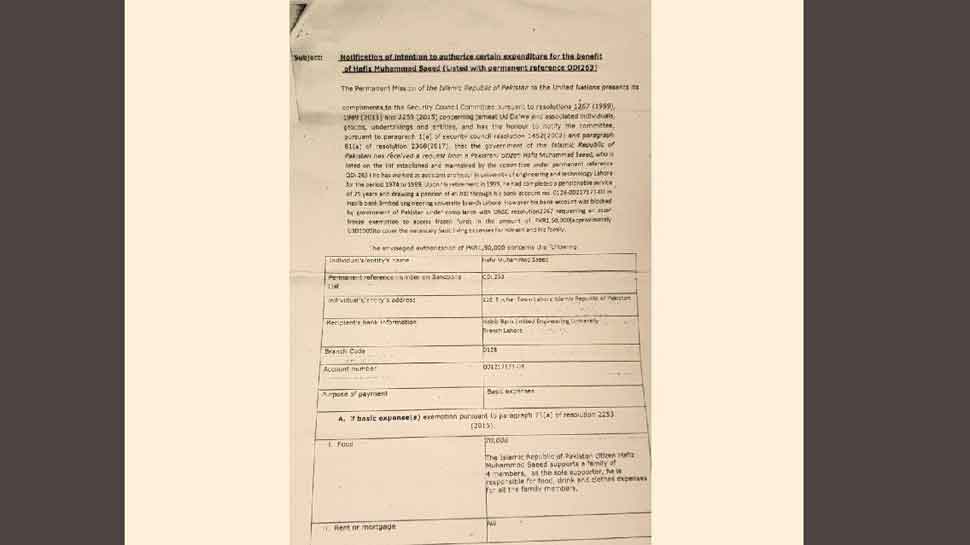 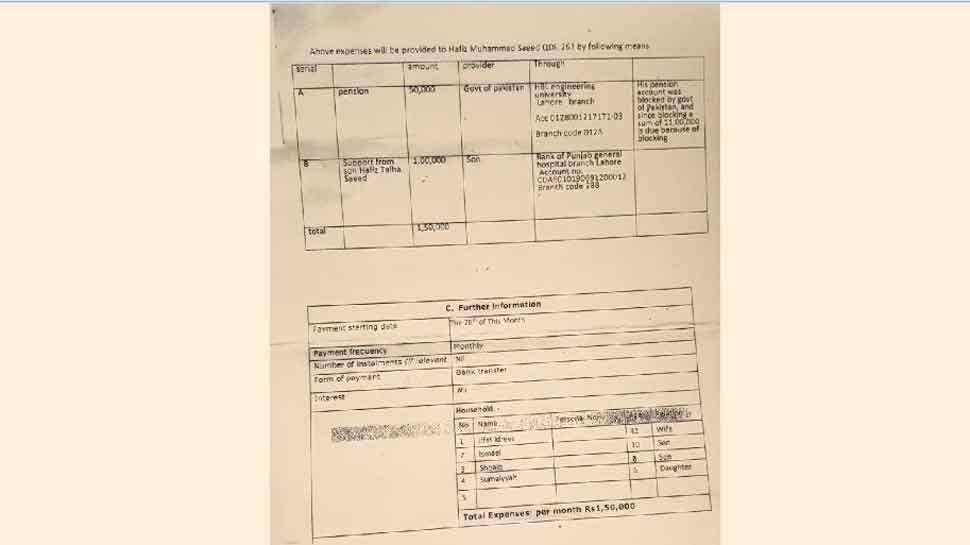 In 2008, Saeed was put on the UN sanctions list after the Mumbai terror attacks. The United States government has put a bounty of USD 10 million on Saeed, who is currently behind bars in Pakistan on charges of terror financing.

Experts maintain that Saeed was arrested in Pakistan due to pressure from Financial Action Task Force, who has placed Islamabad on greylist after missing 2 deadlines to meet its anti-terror financing commitments. The latest move by Pakistan, however, is set to send a strong message to the global community that Islamabad has only taken a cosmetic step by arresting Saeed and it would not be surprising if the FATF decides to blacklist Pakistan in the near future.