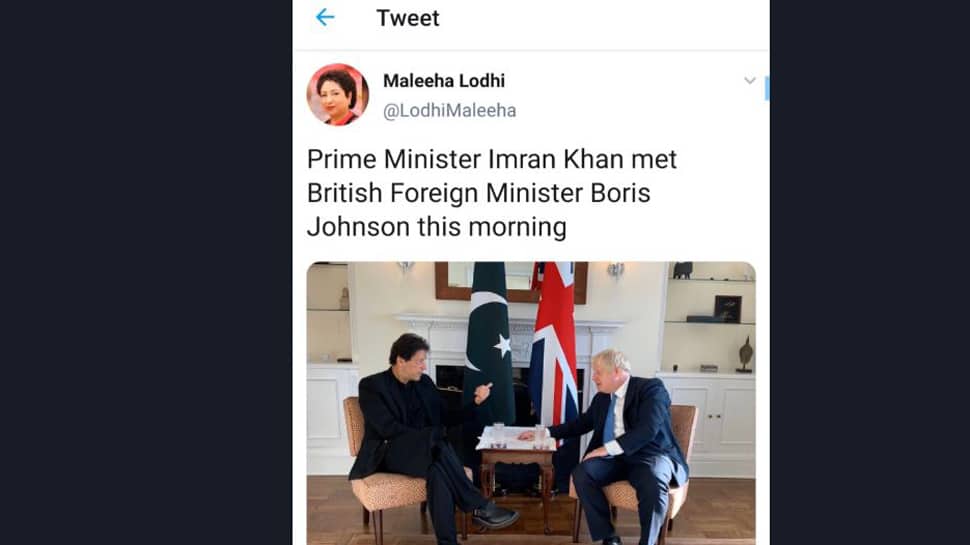 Lodhi was brutally trolled on Twitter for the embarrassing goof-up and she deleted the tweet after around an hour to escape the embarrassment. Maleeha Lodhi later posted another tweet correcting Johnson's designation. In the second tweet, she tried to defend her goof-up by calling it a "typo".

But Maleeha Lodhi is infamous for making blunders and goof-ups and she had done this in 2017 too when she had held up a photograph of a scarred girl at the United Nations and tried to claim that the girl in the photo was a victim of pellet guns in Kashmir. Lodhi was exposed by then Indian Foreign Minister Sushma Swaraj at the UN itself and Lodhi was trolled brutally for her mistake.