A nine-foot tall cold bronze statue of Maharaja Ranjit Singh was on Tuesday vandalised by an activist of the banned Tehreek-e-Labbaik Pakistan (TLP). 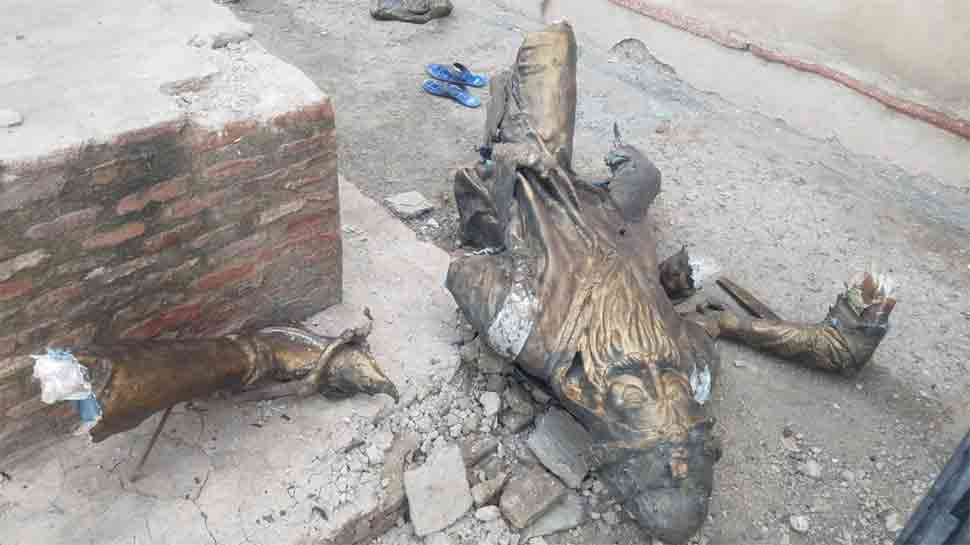 Peshawar: The Sikh community in Pakistan's Peshawar has said that it would bring the statue of the first Sikh ruler Maharaja Ranjit Singh, installed at Lahore Fort, to the city if the authorities in Punjab province cannot protect it after it was vandalised by a religious activist.

A nine-foot tall cold bronze statue of Maharaja Ranjit Singh was on Tuesday vandalised by an activist of the banned Tehreek-e-Labbaik Pakistan (TLP). In a viral video, the accused, who has since been arrested, can be seen chanting slogans, breaking the arm of the statue, dismantling Singh's bust from the horse and throwing it on the ground before being pulled by another man.

Seventh generation descendent of Sher-e-Punjab Maharaja Ranjit Singh, also known as the Lion of Punjab, wrote a letter to Pakistan Prime Minister Imran Khan to conduct a probe into the vandalism of the statue of Maharaja Ranjit Singh erected at Lahore Fort. "We witnessed done of the most unfortunate incident happened at the Lahore Fort that one the person entered the arena and easily damages the bust of my great grandfather Maharaja Ranjit Singh amid high-security personnel," writes Sandeep Singh to Imran Khan while adding that Lahore Fort was a heritage property of the state and it's the duty of the state to keep it safe from such perpetrators but the repeated vandalizing of the bust proves that there was a connivance between the state and the perpetrators if it was not then such acts of vandalism would not have happened time and again.

Sandeep Singh Sukherchakia claims to be the direct descendent of Maharaja Ranjit Singh from his 7th generation through his 2nd son Rattan Singh from his second wife Mai Datar Kaur.

Talking to Zee News on Wednesday, he said, "Politics and sentiments are two separate things so if this incident was politically motivated then it can be corrected with the state administration in action but if the incident is sentimentally motivated then it's very serious and can be labeled as a hate crime and your's is a democratic country, you need to make such laws that educate such people about the correct history so that such sad incidents do not happen in the future. I am also of the opinion that if you cannot protect the heritage then it's better than the bust is removed from the Lahore Fort as then there would be no meaning to reinstall it if it cannot be protected by your administration". 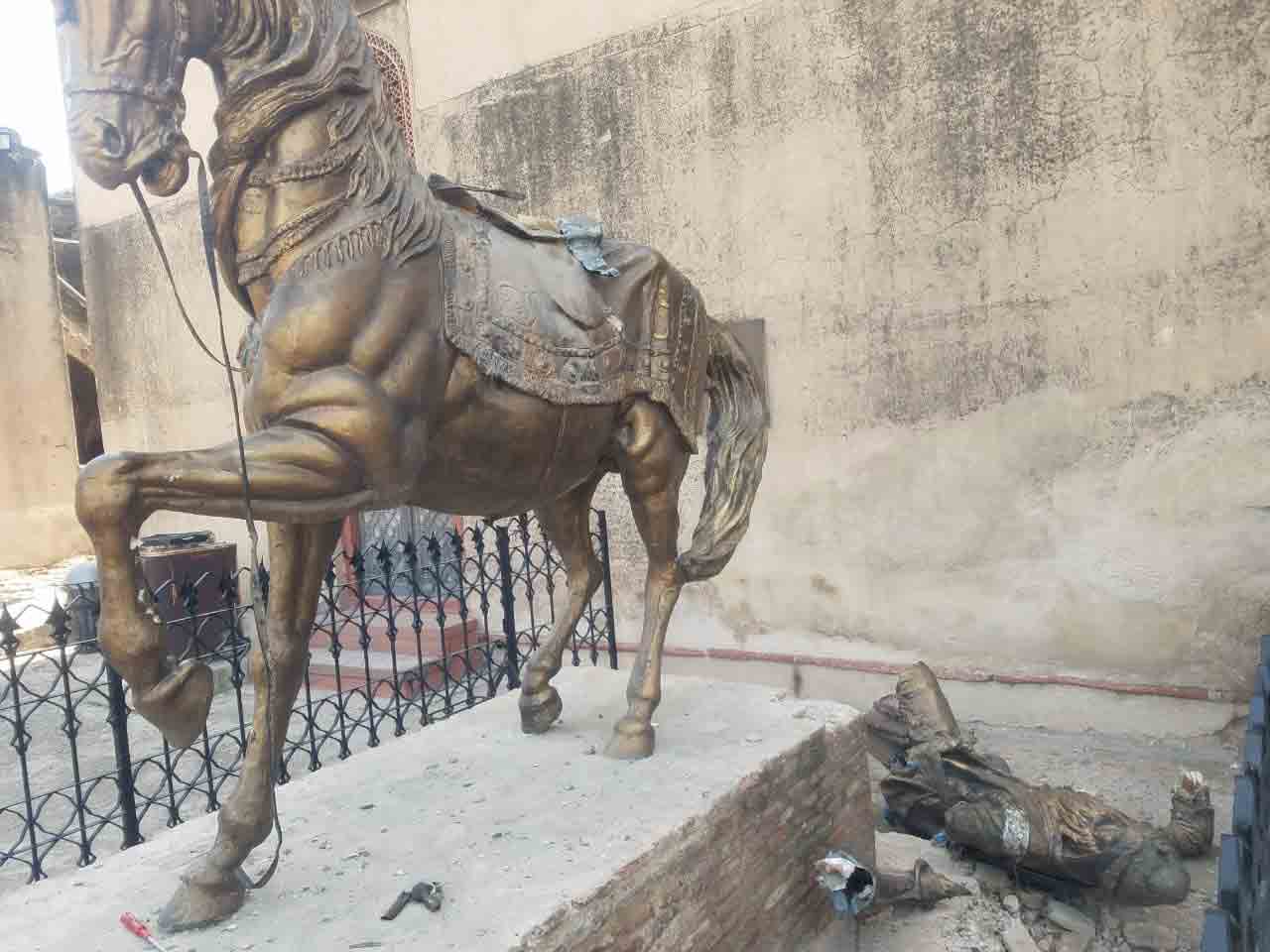 Notably, the 9 feet tall statue of  Maharaja Ranjit Singh which was installed at Lahore Fort on June 27, 2019, was vandalized allegedly by an activist of Tehreek-e-Labbaik Pakistan (TLP) identified as Rizwan who was later arrested by Lahore police and sent behind bars.

This was the third incident of vandalism of the statue of Maharaja Ranjit Singh ever since it was installed at Lahore Fort. The vandalism of the statue has evoked sharp criticism from various sections of society. He has urged Prime Minister Imran Khan to take up the issue on priority and carry out a thorough probe of the incident to reveal whether there is any deep-rooted machination and ensure that justice was delivered by punishing the perpetrators of the crime which will also set precedent to prove to be a deterrent for such elements in the future. Sandeep Singh has also raised a question mark on the education system of Pakistan.

He said, "With a very heavy heart I would also like to point out that your education system does not teach the correcthistory with respect to Maharaja Ranjit Singh, as a result, the people of Pakistan get negative notions about his character despite Maharaja being the most secular Maharaja of his time. I request you to kindly look into this matter so that hatred is not spread among the people worldwide related to this region” Union minister Hardeep Singh Puri has also censured the vandalism of the statue.

In a statement, he said, "Vandalism of the statue of Maharaja Ranjit Singh Ji has to be strongly condemned. This act, which attempts to erase the shared history of the sub-continent shows how extremist ideologies feel emboldened in our volatile neighbourhood".

Sikh's single largest representative body Shiromani Gurdwara Parbandhak Committee president Bibi Jagir Kaur has also strongly condemned. Demolishing the statue of a world-renowned Sikh ruler and expressing hatred was an act against humanitarian concerns. I appeal to the government of Pakistan to take stern action against those responsible for desecrating the statue of Maharaja Ranjit Singh so that no such heinous act is committed again", said Kaur.