The synod is discussing the future of the Church in the Amazon and threats to its environment. Francis said there "was no idolatrous intention" in using the statues, which depicted a pregnant woman, at a side event in the Vatican when the assembly began. 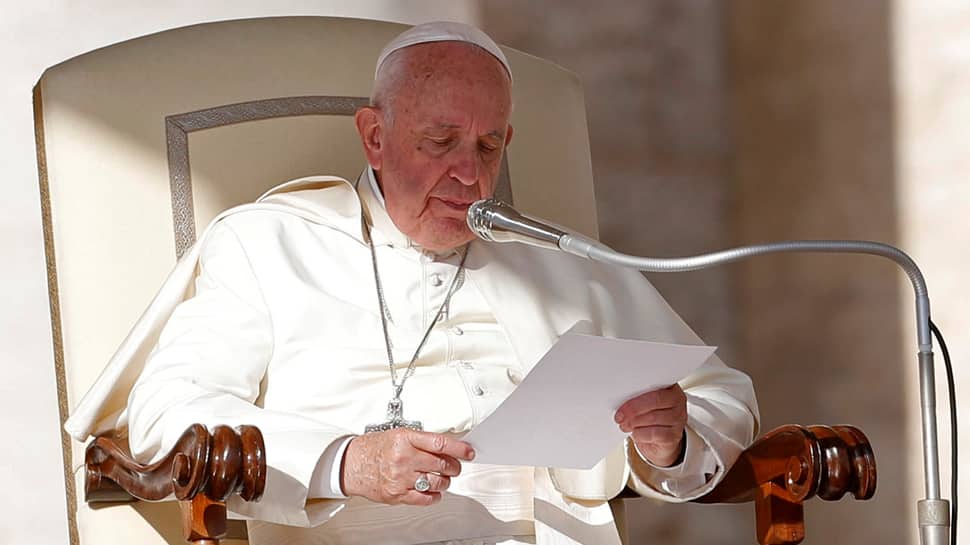 VATICAN CITY: Pope Francis asked for forgiveness from Amazon bishops and others at a Church assembly on Friday after conservative Catholic militants stole statues they considered pagan idols from a church and dumped them in the Tiber river. "First of all, this happened in Rome, so as bishop of the diocese, I ask forgiveness from the persons who were offended by this gesture," he said at the start of the last session of the three-week assembly, known as a synod.

The synod is discussing the future of the Church in the Amazon and threats to its environment. Francis said there "was no idolatrous intention" in using the statues, which depicted a pregnant woman, at a side event in the Vatican when the assembly began.

Replicas were put in a nearby church with other artefacts from the Amazon and stolen on Monday. The militants posted a video of the theft and claimed responsibility in a statement to a Catholic news organisation. The next day, the Vatican accused ultra-conservative Catholic social media of fomenting hate, saying in an editorial that the statues were "an effigy of maternity and the sacredness of life".

Hard-line conservative media said the statue was of a pagan goddess known as Pachamama. The Vatican said it was an indigenous traditional symbol of life. In his remarks, the pope used the phrase "the pachamama statues" but in the transcript, the word pachamama was in italics.
Vatican spokesman Matteo Bruni said the pope used the word as a means to identify the statues because that is the way they have become known in the Italian media and not as a reference to the goddess.

Francis said Italian police had recovered the statues. The Vatican had yet to decide on a suggestion by police who found the statues that they be used in the synod`s final Mass on Sunday, he said. On Saturday, members will vote on a final declaration which the pope, who has attended most of the sessions, can use to write his own document, known as an Apostolic Exhortation.

The synod`s most contentious issue has been whether elderly married men could be ordained as priests only in the Amazon to say Mass in the vast region because of the shortage of priests..Conservatives oppose the proposal, saying it would be a slippery slope leading to the end of the tradition of celibacy in the rest of the 1.3 billion-member Church.

Brazil says it will no longer require visas from Chinese, Indian citizens