According to the UK Ministry of Defence, the F-35B Lightning II jets carried out more than 14 armed reconnaissance missions over Iraq and Syria but did not carry out any airstrikes. 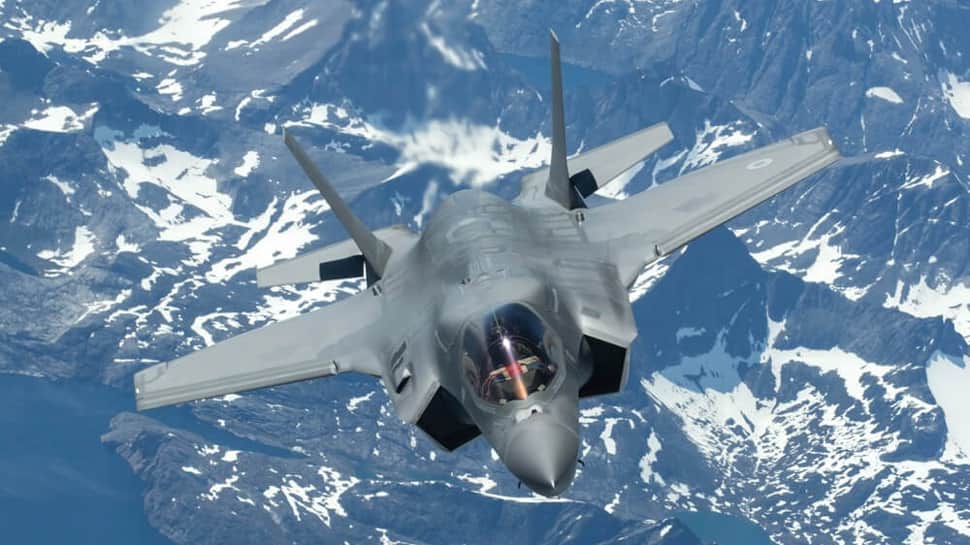 United Kingdom's Royal Air Force supersonic F-35B Lightning II stealth fighters have for the first time taken part in a military operation by joining the fight against the Islamic State (Daesh) in Iraq and Syria. According to the UK Ministry of Defence, the F-35B Lightning II jets carried out more than 14 armed reconnaissance missions over Iraq and Syria but did not carry out any airstrikes.

While UK Defence Secretary Penny Mordaunt called the missions "a really historic moment", the RAF called the operations "exceptionally well". The 5th Generation stealth fighters of the 617 Squadron flew with Eurofighter Typhoons as part of the military mission. The first F-35B operational sorties were flown on June 16, 2019, in support of Operation Shader, the UK contribution to the Global Coalition's counter Daesh mission in Iraq and Syria. Two F-35s conducted a patrol over Syria, and have flown 12 more sorties since then.

"F-35s have flown alongside Typhoon aircraft on operational flights over the skies of Syria and Iraq, as part of the ongoing fight against Daesh, the Defence Secretary has confirmed. It follows a successful training period in Cyprus, known as Exercise Lightning Dawn, aimed at building capability for the aircraft and supporting elements. Due to the exceptional performance of the aircraft, pilots, and support staff during this time, it was decided that they were ready to make their operational debut from RAF Akrotiri, alongside the Typhoons," a press release of the UK Ministry of Defence said.

The @RoyalAirForce F-35 stealth fighter jets have joined the fight against Daesh in Iraq and Syria.

Defence Secretary @PennyMordaunt went to RAF Akrotiri in Cyprus to mark the milestone and meet RAF personnel. More in today's Defence in the Media bloghttps://t.co/icwpsYAMSA pic.twitter.com/qQ7FtlIruY

The Ministry of Defence also tweeted a 10-second-long video of an F-35B landing at RAF Akrotiri, an air force station in Cyprus, after its mission as part of Operation Shader. While calling the F-35s as the most advanced fighters the UK has ever possessed, Mordaunt said that the jets "will form the backbone of British air defence for decades to come". "They have passed every test their training has thrown at them with flying colours and their first real operational mission is a significant step into the future for the UK."

History has been made over the last week as UK F-35s have completed their first operational missions over Iraq and Syria #F35UK @RoyalAirForce @RoyalNavy https://t.co/40p34lErUc pic.twitter.com/ajOtKzPUTb

"This first operational mission for the UK's F-35 Lightning confirms the impressive progress which we have made in introducing this formidable new capability into service. It is testament to the outstanding abilities of our dedicated and highly trained air and ground crew that 617 Squadron has achieved this important milestone so quickly and so effectively," said Chief of the Air Staff, Air Chief Marshal Sir Stephen Hillier.

First Sea Lord and Chief of Naval Staff Admiral Tony Radakin CB ADC said that the stealth fighters would train with the aircraft carrier HMS Queen Elizabeth soon. "It's great to see our F35B Lightning jets already proving themselves on operations so early in their life cycle, ably demonstrating the fantastic capability these world-leading aircraft offer. This autumn, our aircraft carrier HMS Queen Elizabeth will return to the East Coast of the United States to conduct Operational Trials with our Lightning Force, taking this 5th generation capability to the next level as they prove their ability to operate from the sea. For decades to come, this exciting new combination of aircraft carriers and F35B Lightnings will provide a potent, globally deployable carrier strike capability, a powerful conventional deterrent and the centrepiece of our country's expeditionary forces."

UK Air Component Commander for the Middle East, Air Commodore Justin Reuter, said, "The pilots, crew and aircraft have exceeded all training objectives since deploying to Cyprus so it was only right that they made the next step on their journey. The UK has played a vital role in liberating swathes of territory once subjected to Daesh's cruel regime, and the deployment of our newest and most advanced jets signals our commitment to the enduring defeat Daesh in Iraq and Syria."

The UK has 17 F-35B jets and the UK plans to have 138 aircraft over the life of the programme. The radar-evading F-35 can conduct short take-offs and vertical landings. The fighter is in service with the RAF and Royal Navy.

The 617 Squadron will start operating from the HMS Queen Elizabeth later in 2019. The F-35 jets will conduct tests, alongside 17 Test and Evaluation Squadron, onboard the carrier in the USA during the WESTLANT 19 deployment, to prove their capability at sea. The UK plans to deploy its first Carrier Strike force in 2021.