The Bloc Quebecois, revitalized under new leader Yves-Francois Blanchet, jumped to 32 seats from 10 seats in the predominantly French-speaking province, according to provisional results. Quebec accounts for 78 seats in the House of Commons, second only to Ontario. 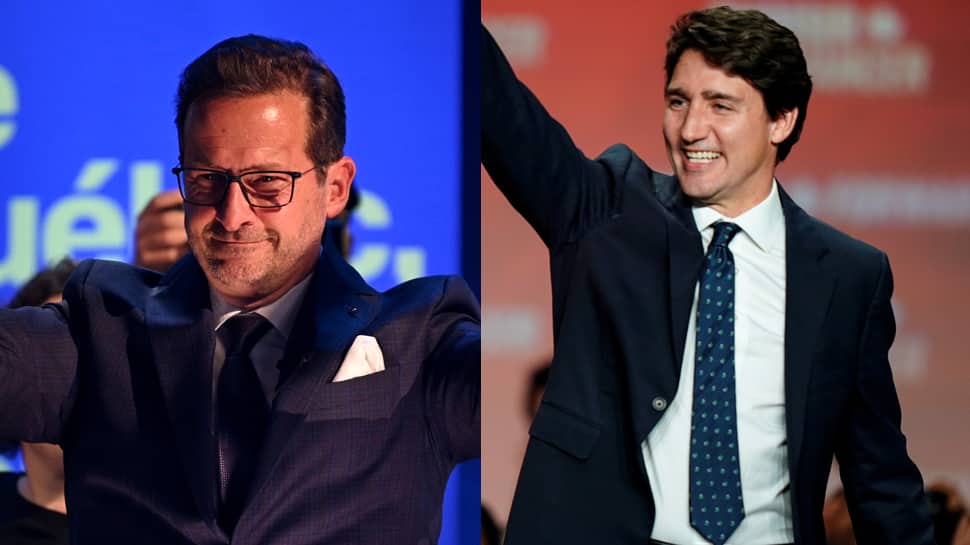 OTTAWA: A Quebec separatist party that softened its demands for independence reaped the reward on Monday, mounting a remarkable comeback in Canada`s election that deprived Prime Minister Justin Trudeau of a majority. The Bloc Quebecois, revitalized under new leader Yves-Francois Blanchet, jumped to 32 seats from 10 seats in the predominantly French-speaking province, according to provisional results. Quebec accounts for 78 seats in the House of Commons, second only to Ontario.

"We have come far but we will go further," Blanchet told jubilant supporters in the early hours of Tuesday. The ruling Liberals went into the election seeking to add 10 seats to the 40 they held in Quebec. But the Bloc`s resurgence meant they lost seven, helping reduce Trudeau to a minority.

Blanchet`s party will not be a kingmaker in the new Parliament, however, since the Liberals look set to govern with the left-leaning New Democrats. Surveys show support for Quebec independence is far below the levels it hit in 1995 when a referendum on breaking away from Canada only just failed.

Blanchet has muted talk of separatism, positioning the Bloc as a party that wants to stand up for Quebec`s interests and the French language in the federal Parliament in Ottawa rather than actively seeking to break up the country. "The strength Blanchet brings is he projects an image that is not quite as hardcore as the previous leaders. That allows him to draw on a much wider slice of the electorate," said University of Montreal professor Pierre Martin.

The 54-year-old former provincial minister and media personality said the Bloc wanted to make Parliament work and would back any proposed legislation that was good for Quebec. "I don`t believe Quebecers and Canadians elected a minority government with the goal of going back to the ballot boxes in 18 months," he said. "We need to make Parliament work."

Blanchet - repeating comments he made over the weekend - said Quebec could one day "give itself all the attributes of sovereignty," while making clear it would not happen during the lifetime of this federal Parliament. "Our job is not to make Canadian federalism work. Our job ... is also not to cause problems," he said, adding the party would not be servile.

Blanchet is particularly close to Quebec`s nationalist Coalition Avenir Quebec government, which brought in legislation earlier this year banning some public employees from wearing religious symbols. Trudeau said during a French-language campaign debate that he would be prepared to challenge the law, prompting Blanchet to accuse him of not respecting Quebec.

Jon Pammett, a professor of political science at Carleton University, said Quebec voters were often less predictable than those in other parts of the country. "There tends to be a kind of movement toward a party which seems to be working to further Quebec`s interests ... people are volatile in terms of their party alignments," he said.

Pakistan's support for terrorist groups 'chief obstacle' in productive dialogue with India: US