The +9 g capable Su-35S is a supermanoeuvrable fighter with thrust vectoring engines. Russia claims the Su-35S jet is a quantum leap from Sukhoi’s Su-27 fighter and is just behind the 5th Generation Su-57 stealth aircraft, which the Russian Air Force has started to deploy, in terms of technology. 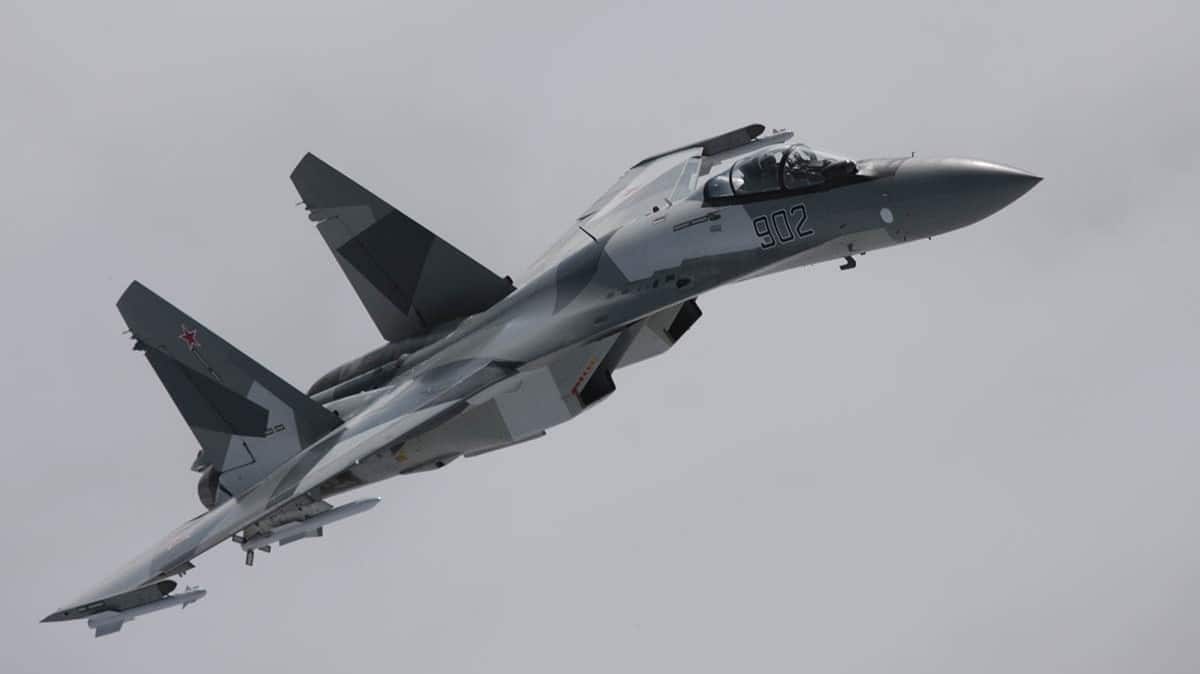 While India is building its military muscle to match China's might and is all set to receive the first of the 36 omnirole Rafale fighter from France's Dassault Aviation in a few months, the later is likely to go in for more Russian Sukhoi Su-35S jets. Russia is awaiting China's response to its offer of a second batch of Su-35S, a 4++ generation single-seat, twin-engine fighter which can reportedly detect and track United States of America's F-35 Lightning II stealth aircraft.

China received its 24th Su-35S fighters (NATO reporting name: Flanker-E) worth $2.5 billion from Russia in April 2019 following which the latter decided to sell more jets. “We are expecting a response from China on our offer to purchase modern weapons and military equipment manufactured in Russia, including additional batches of Su-35S fighter jets,” Russia’s Federal Service for Military-Technical Cooperation (FSVTS) was on Thursday quoted as saying by Sputnik News at the Army 2019 International Military-Technical Forum at the Patriot Expocentre in Moscow.

China's People’s Liberation Army Air Force (PLAAF) 6th Aviation Brigade at the Suji Air Force base in Guangdong has been armed with the Su-35S. China is the only country other than Russia to operate the Su-35S.

Russia claims the Su-35S jet is a quantum leap from Sukhoi’s Su-27 fighter and is just behind the 5th Generation Su-57 stealth aircraft, which the Russian Air Force has started to deploy, in terms of technology.

Its armament includes one internal 30 mm Gryazev-Shipunov GSh-30-1 autocannon with 150 rounds along with 12 hardpoints. The wingtip rails have two hardpoints while there are 10 weapons' carrying positions under the wing and fuselage with a capacity of 8,000 kg (17,630 lb) of missiles and bombs. The fighter can carry a mix of air-to-air, air-to-surface, anti-ship, anti-radiation missiles. It can carry TV-guided, laser-guided and satellite-guided bombs too.

The eyes of the Su-35S includes the Irbis-E (snow leopard) passive electronically scanned array (PESA) radar which can detect and track up to 30 aerial targets simultaneously up to 400 kilometres, and attack up to eight of them. The air-to-surface mode allows the Irbis-E to target and attack four targets while at the same time scanning the skies for airborne threats that its active radar homing missiles can lock on. It also has the OLS-35 infra-red search and track system and L175M Khibiny-M electronic countermeasures.

Meanwhile, the Indian Air Force (IAF) will most likely station one squadron of the twin-engine Medium Multi-Role Combat Aircraft (MMRCA) Rafale at Hasimara in West Bengal. The first Rafale will join the IAF in September 2019, while the 36th jet will land in India in 2022.

NASA to explore Saturn's moon Titan for signs of life, to send Dragonfly drone in 2026