International investigators of the OPCW were on Tuesday on the ground in the Syrian town of Douma, where dozens were killed in a suspected chemical weapons attack on April 7. 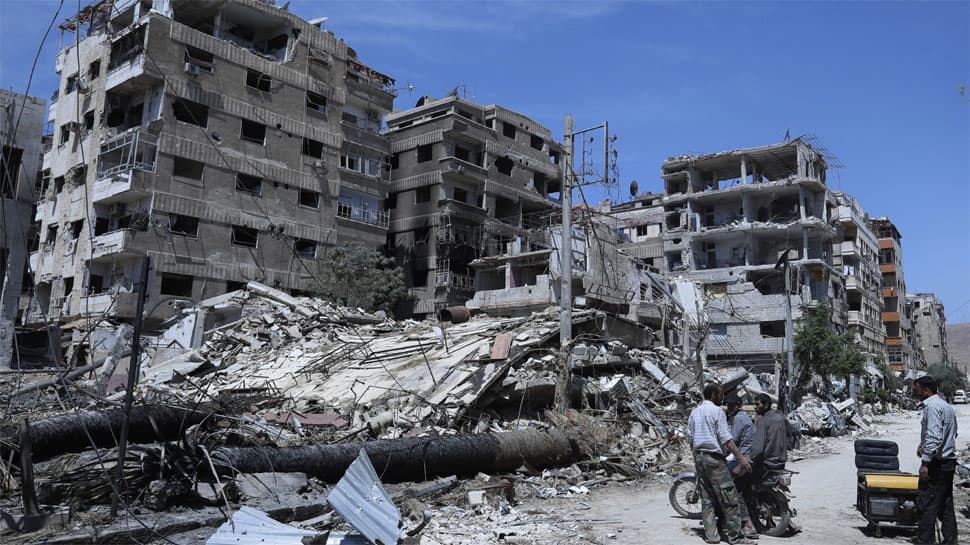 Moscow: Russia`s UN ambassador on Tuesday dismissed as "untimely" a push by the United States, France and Britain at the United Nations to establish a new chemical weapons investigation in Syria and re-energize peace efforts.

The three allies on Saturday presented a draft Security Council resolution just hours after carrying out military strikes on three targets they said were linked to Syria`s chemical weapons program.

Asked about the draft text, Russian Ambassador Vassily Nebenzia told AFP that it was "untimely," indicating Moscow was not ready to engage with the West on Syria after the military strikes.

"First they have to undo what they did a few days ago," Nebenzia said, referring to the military action.

The draft resolution would set up a new inquiry to identify perpetrators of chemical attacks in Syria, push for the full dismantling of Syria`s chemical stockpiles, call for a ceasefire and demand that Syria engage in peace talks.

A first round of negotiations on the draft resolution was held on Monday, but diplomats said Russia did not engage in discussions and no date has been set for a vote on the measure.

Western diplomats said they were ready to allow time for negotiations to make every effort to bring Russia aboard.

"The resolution is being discussed but we are not looking for quick progress on this," British Ambassador Karen Pierce told reporters.

"We need to chart a path back to the political process and I think we all know this is going to take time."

Russia has used its veto 12 times at the Security Council to block action targeting its Syrian ally.

International investigators of the Organisation for the Prohibition of Chemical Weapons (OPCW) were on Tuesday on the ground in the Syrian town of Douma, where dozens were killed in a suspected chemical weapons attack on April 7.

The OPCW team can determine whether chemical agents were used at a weapon but it does not have a mandate to identify those who carried out the attack.

The Security Council in 2015 set up such a mechanism for attribution, but Russia in November killed off the panel, known as the Joint Investigative Mechanism (JIM), when it vetoed the renewal of its mandate.

The JIM had determined that Syrian forces were responsible for the use of sarin in an attack in April last year in Khan Sheikhun.

The war in Syria entered its eighth year last month, with diplomacy making little headway to end the conflict that has killed more than 350,000 people and forced millions to flee.