According to the Kalashnikov Group, Russian forces will be supplied with 1,12,500 AK-12s, which the company describes as a fifth-generation assault rifle along with the AK-15, by 2021. 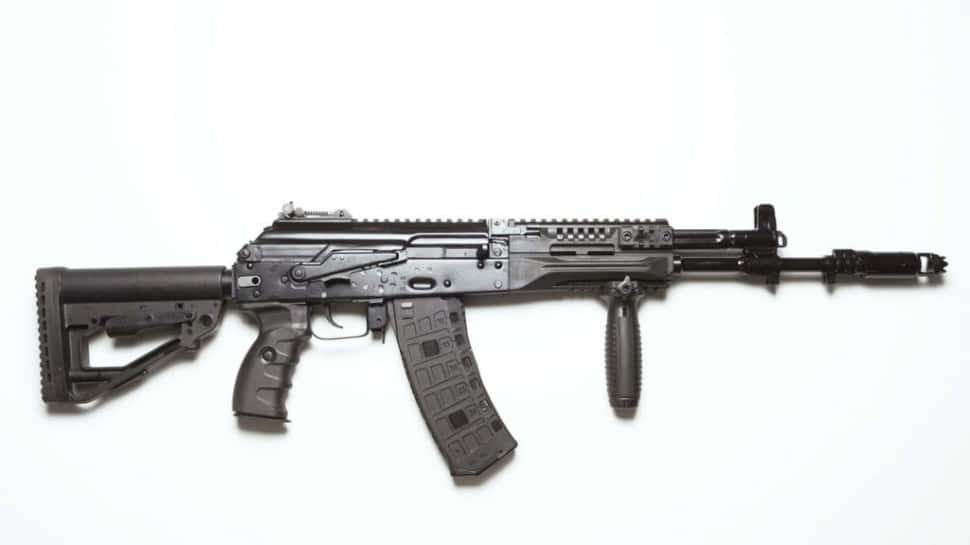 Russian Army commandos will soon wield the latest AK-12 assault Kalashnikov rifles. The commandos based in Krasnodar Region in Russia’s south have been supplied 700 AK-12 rifles as their primary weapon.

Before the AK-12 rifles are deployed as part of active service, the commandos will carry out a thorough check of the weapon and get acquainted with its maintenance.

According to the Kalashnikov Group, Russian forces will be supplied with 1,12,500 AK-12s, which the company describes as a fifth-generation assault rifle along with the AK-15, by 2021. A few units of the Russian Army started receiving the rifle from December 2018. Units with Russia's Central Military District had got 8,000 AK-12s in July 2019.

The Kalashnikov Group developed the 5.45×39mm calibre AK-12 as part of the Warrior programme to replace the AK-74 rifles currently in use with the Russian military. AK-12 also has back-up iron sights and integrated Picatinny rail for various optics. The other rifle developed under the programme is the AK-15 which is 7.62×39mm calibre.

Specifications of AK-12 rifle: It weighs 3.3 kilogrammes and is 945 mm (725 mm stock folded) long. The barrel length of the rifle is 415 mm. The rifle can fire 600-700 rounds per minute and its muzzle velocity is 880-900 metres per second. The AK-12 can effectively engage a target at 500-600 metres while its maximum range is 800m. The AK-12 can be fitted with several types of magazines including the 30-round detachable box, 60-round detachable casket and 96-round detachable drum.