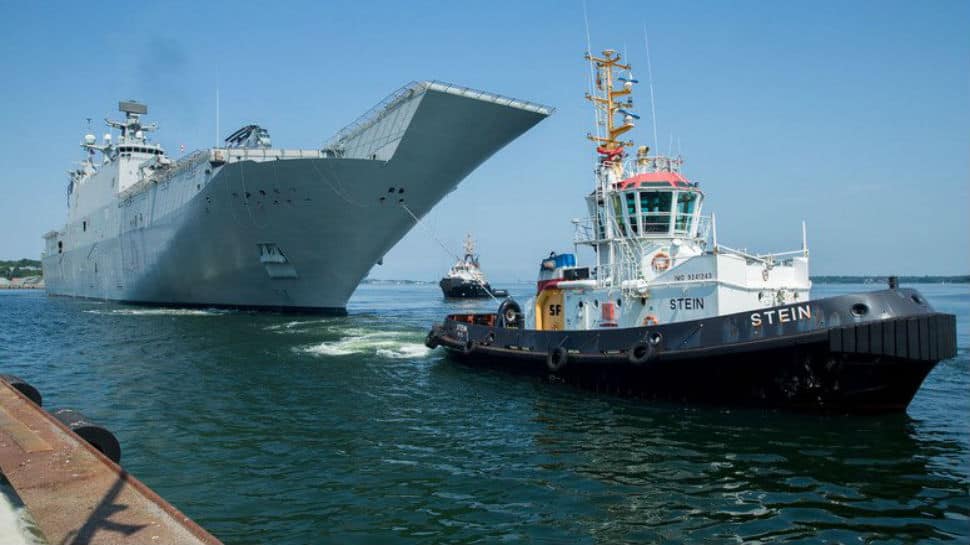 This photo of NATO's 47th annual Baltic Operations was tweeted by @NATOpress
Share:
Written By:

Russian Navy is conducting an exercise in close proximity to NATO's 47th annual Baltic Operations (BALTOPS 2019) naval exercise in Germany's Baltic Sea port of Kiel. Russia had already announced that that three of its warships from the Baltic Fleet will track the BALTOPS 2019 naval exercise.

"As part of planned drills, the naval hunter-killer and surface action groups comprising the corvettes Boiky and Stoiky, the small missile ships Serpukhov, Zelyony Dol, Liven and Passat and the anti-submarine warfare ship Aleksin will hold a set of drills," the press office said in a statement.

Even as BALTOPS 2019 involving the naval, air and land assets of the United States of America and 17 other European nations started in the Baltic Sea on June 9, the Russian Defence Ministry too confirmed that its Baltic Fleet is monitoring the NATO naval drills

"On 10 June 2019, with the aim of promptly reacting to possible emergency situations in the Baltic Sea, the Russian Baltic Fleet will carry out a series of measures on monitoring the joint NATO naval drills 'Baltops-2019'," the defence ministry said. Russian Baltic Fleet's warships, aircraft and Bastion coastal missile defence systems have been commanded to assume combat duty.

Almost 8,600 US and European troops are taking part in BALTOPS 2019 which involves 50 surface ships, 36 aircraft and two submarines. The naval drill will ends June 21. As part of the drills, the combined forces will track and destroy simulated sea mines and submarines, use air defence to prevent the enemy from target friendly assets and also have an amphibious assault by landing troops onshore as well as defence against attack from enemy navy vessels.

US: Indian student given 5 years jail for tech help to telemarketing scam